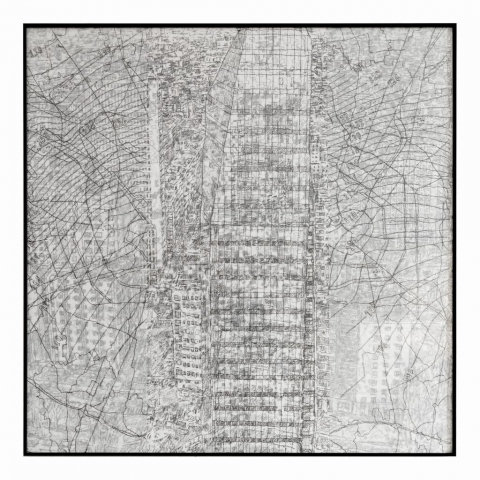 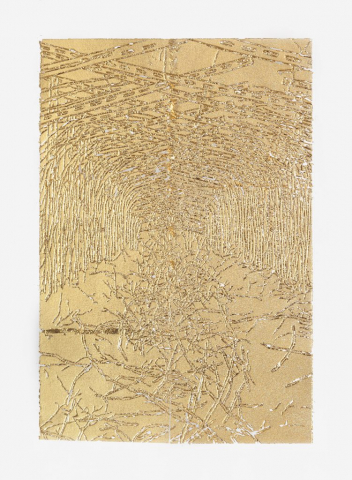 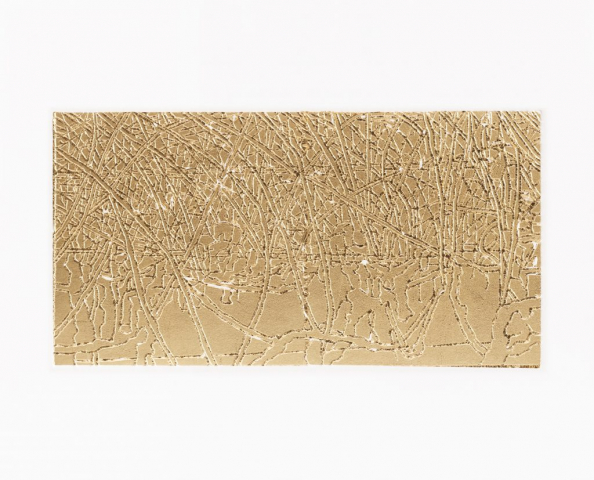 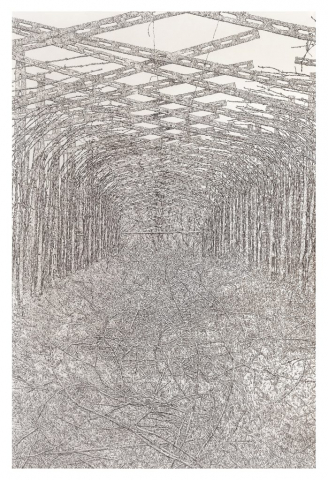 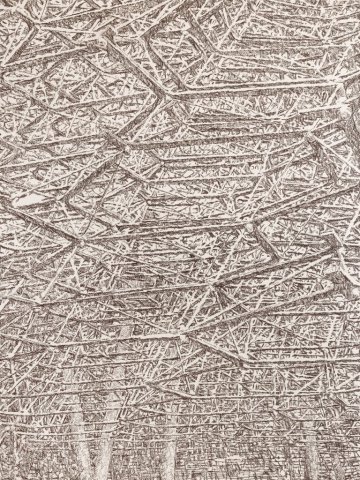 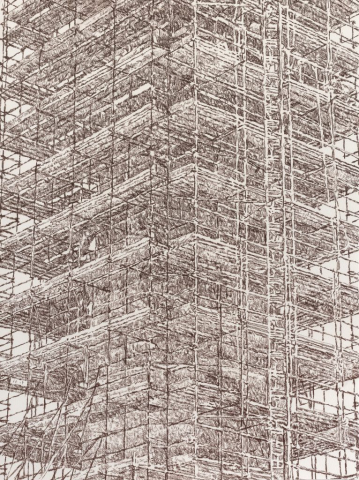 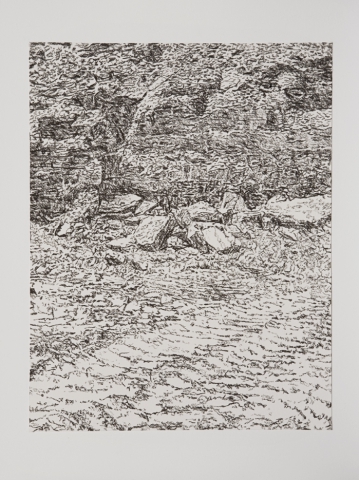 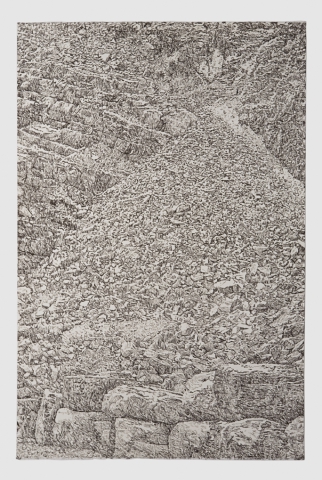 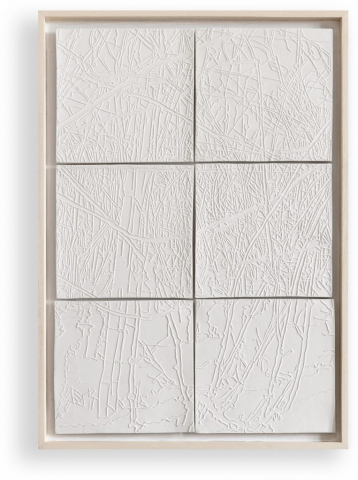 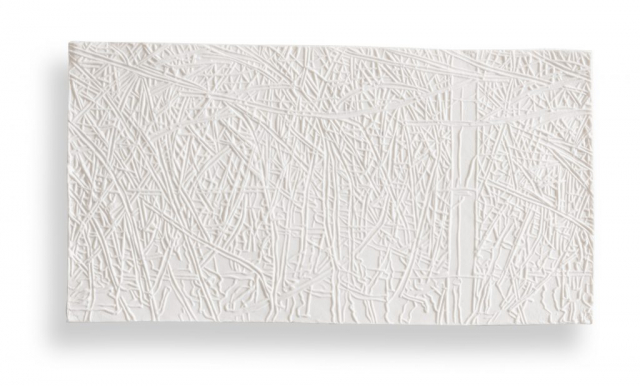 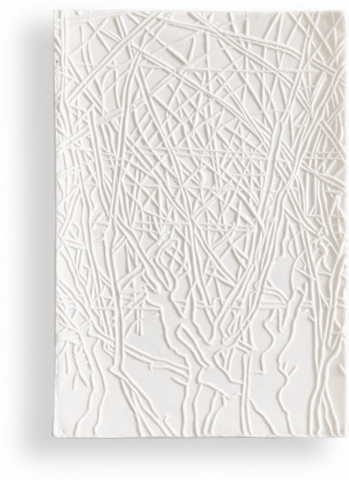 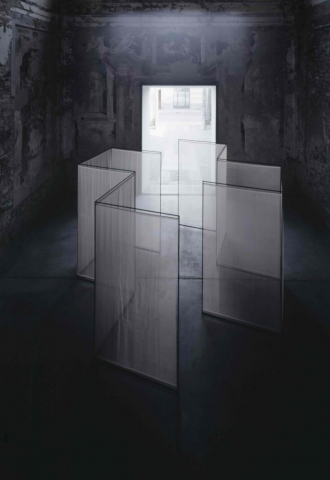 Elisabeth Scherffig was born in Düsseldorf in 1949 and has lived and worked in Milan since 1970. She has exhibited in prestigious institutions and private galleries in Milan, New York, London, Düsseldorf. In 2009 Baldini Castoldi Dalai published Urbs et Civitas, a monograph devoted to her work edited by Angela Madesani with texts by Gillo Dorfles, Angela Madesani and Antonello Negri. Elisabeth Scherffig analyses the urban space as an organism in perpetual metamorphosis; her characteristic technique involves drawing realized with an energic and incisive mark. Over the last few years the artist has appropriated diverse materials such as silk, porcelain and silicone; in her most recent works she has taken casts of the urban surface and recomposed them in light, transparent structures that recall the classicism and purity of Platonic and Renaissance solids. Her suspended “sculptures”, expand on a dialogue between the contemporary city and the forms of the architecture of antiquity.