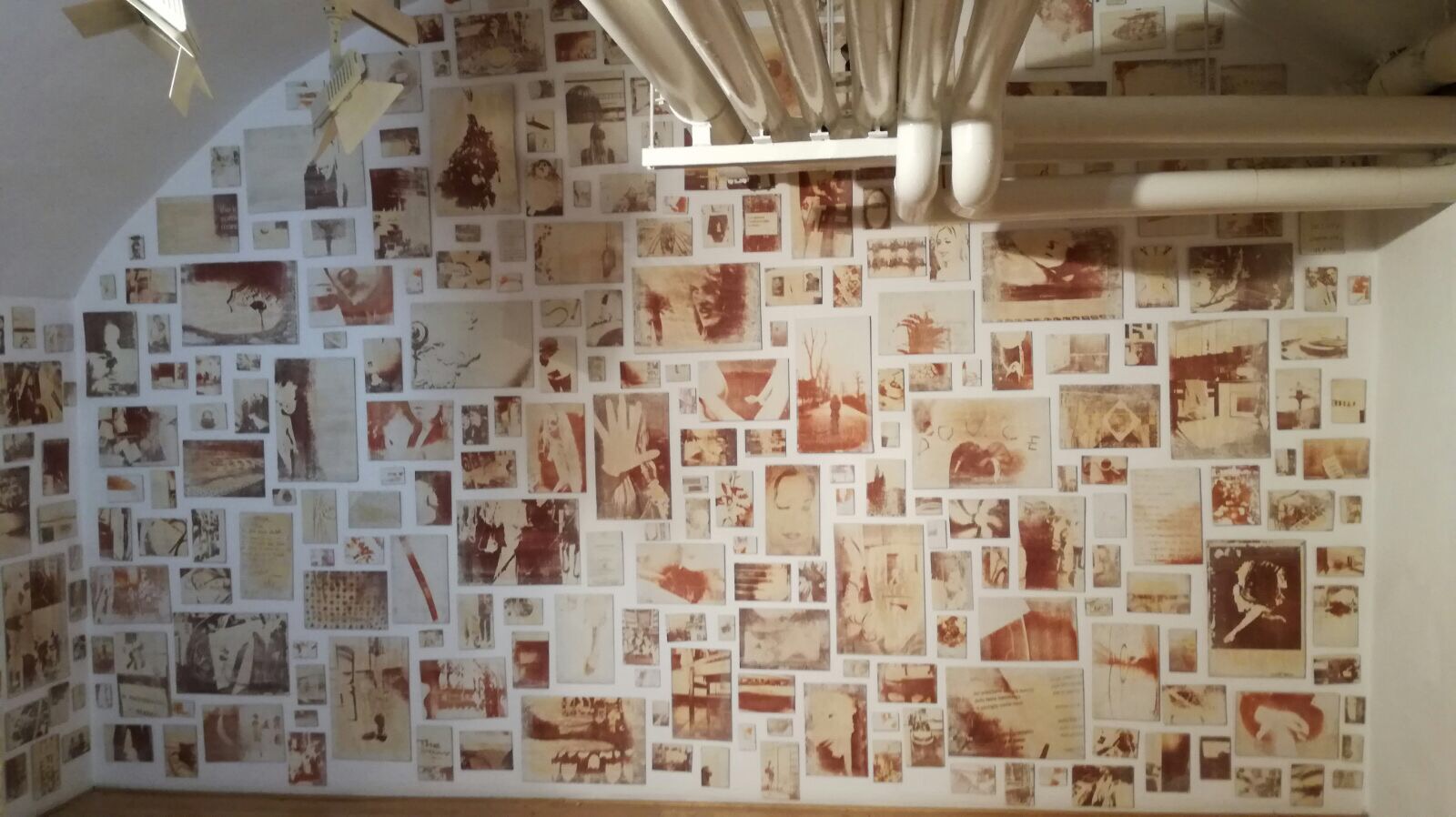 IF (BUT I CAN EXPLAIN) | Silvia Celeste Calcagno

Nuova Galleria Morone presents the project room “IF (but I can explain)”, a solo show by Silvia Celeste Calcagno, which presents in a slightly reduced form the site-specific project curated by Alessandra Gagliano Candela, exhibited between January and March 2017 in the Project Room of the Museum of Contemporary Art of Villa Croce in Genoa.
From the lure of the threshold emerges IF. It was precisely on that threshold, evoked by Yves Bonnefoy in his poem titled The lure of the threshold 1, that the project came into being. Silvia Celeste Calcagno captures a situation of suspension in a work that is closely linked to her existential experience, disassembling the compact structure of her installations into a diffuse form, expanding into the space of the Project Room in the Villa Croce Museum.
The threshold from which IF emerges is that between life and death, between reality and memory, suggested to the artist by the Monumental Cemetery of Modena designed by Aldo Rossi. On this threshold, balancing on the edge of emptiness, the artist, like all of us, makes her progress, constantly renewing her viewpoint, in a project that, in its development, has become the restless diary of a transition.
IF (but I can explain) is the final but not definitive formula of a research project conducted by Silvia Celeste Calcagno over the last twelve months, progressively recording the variations in her existential condition, reifying it in a hall, an interior first and foremost.
For its composition, the artist used various media in a constant interaction. Originating as an expression of the infinite relationship between words and images, that Michel Foucault, in Les Mots et les choses (1966) postulated as being essential one for the other2, IF took form principally in the idea of an installation in which the artist captures her own movement, in a vertiginous walk in which you can identify legs, feet, the hem of an overcoat.
It is a situation of suspension, including an audio installation and a video, Air fermé, which records the imperceptible flow of time in an urban landscape, hallmarked by the variation of lights. Like a veil, the texture of the curtain through which the images are shot obscures the silhouettes of the buildings, the shapes of trees, acting as a filter on perception.
The audio installation Could you please stop talking?, inspired by a book by Raymond Carver, is like a mantra that announces fragments of everyday life, and invites the other person, who shares the living space, to be quiet. A male voice recites the phrases in the silence of the Project Room, inhabiting the Museum’s white spaces in a different way.
As the project developed, it increasingly became an exploration of existential spaces and their embodiment in objects and memories, reality and nostalgia. These elements provide the visual basis for Just lily, summarizing the precarious nature of a condition in which experience becomes memory in the form of the artist’s favourite flower. They are incorporated into photographs, everyday objects captured at an instant, fragments of everyday life, traces of a past both recent and more distant, parts of walls, portraits in which the depiction is precise or simply evoked, with clean or blurred outlines. It is a meticulous catalogue of situations that present her life in a location that she will soon have to abandon, ordinary moments that become unique.
The installation includes images of the Madonna and photographs with the artist’s partner, garments and books, a photo of her grandmother from whom she takes her name, parts of the furnishings, invitations to her exhibitions, flowers and portraits of children, in a crowded assemblage of data that is in actual fact systematically arranged, a Wunderkammer whose entrance key is the artist herself.