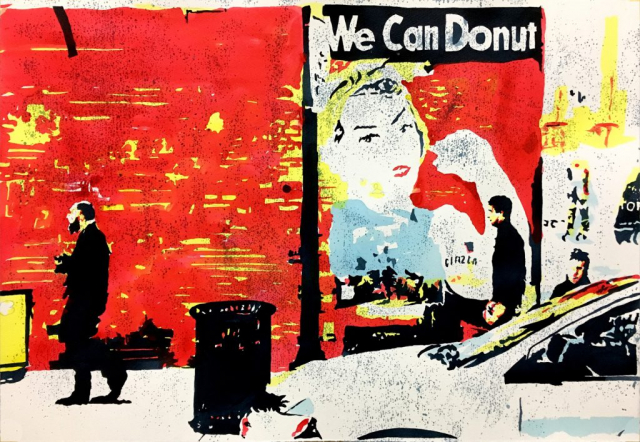 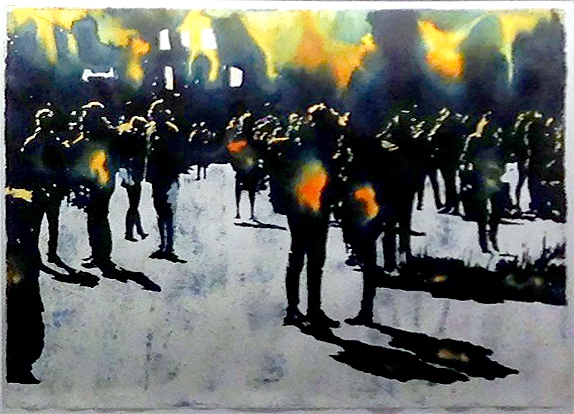 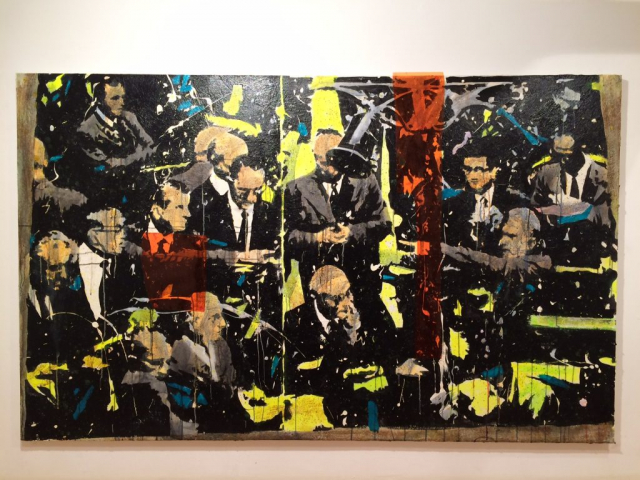 Born in 1976, Lecco, Italy. Lives and works in Genoa. In 2004 he received a degree in architecture from the Politecnico of Milan, whereupon he decided to devote himself to painting. The artist is particularly keen on depicting the human condition, detailing in his painting images derived from his daily walks through the streets. The life of Villaʼs characters belongs to a story without plot, where figures chase one another beyond their physical presence into an imaginative athmosphere of elusive, subtle anxiety that surrounds all of us.
In 2007 Villa participates in the Harlem studio fellowship in New York, taking part in the group show The Pioneers curated by Raffaele Bedarida and he won the Premio Celeste for painting. Since 2007 he participates in the Salon des Estampes, Paris, with Galleria Bellinzona; in 2009 one edition of his prints was acquired by BDIC (Bibliotheque de documentation contemporaine international-musée d’histoire contemporaine), Paris.
In 2011 and he was named with other artists to create twelve illustrations for the Ambrosiano New Gospels commissioned by Cardinal Dionigi Tettamanzi and intended to Milan Cathedral. Recent personal exhibitions include: Appunti e spunti, curated by Oreste Bellinzona, Galleria Bellinzona, (Milano, 2015). Burned frames for urban papers, curated by Michele Tavola , Contact Zone contemporary art gallery, (Lugano, 2015), Controluce, curated by Michele Tavola and Chris Boicos, Chris Boicos Fine Art, (Parigi, 2015), Di navi,di uomini, di pesci, curated by Luca Beatrice, Tedofra Artgallery, (Bologna, 2014).