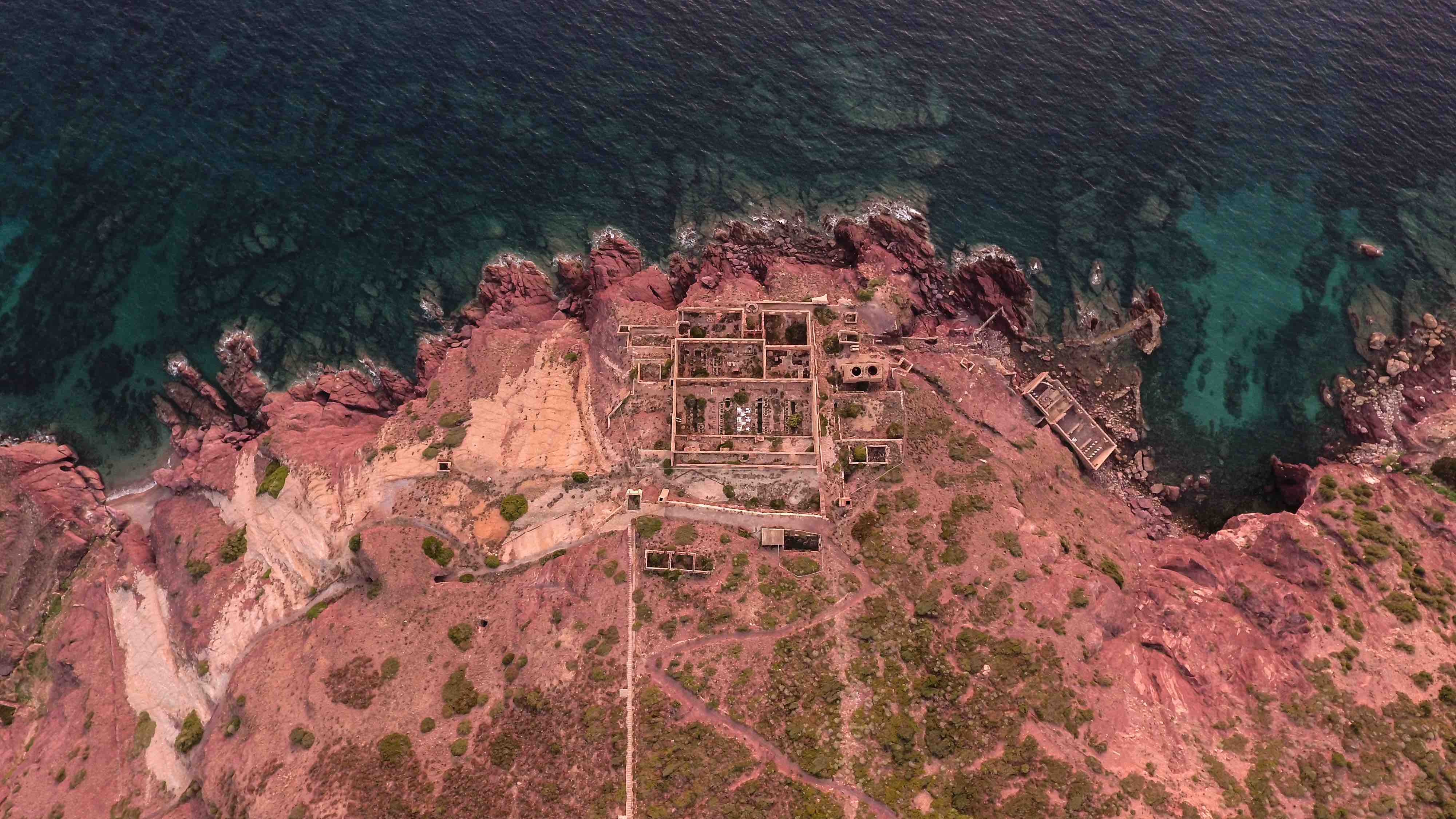 In the space of the Project Room, The Nuova Galleria Morone presents ARGAN39, the first installative version of a long-term project that the artist Mitra Azar has undertaken about the mining history of an area of Sardinia, as seen through his family photographic archive and the places where the images that compose the archive have been taken.
The installation project combines the artist’s passion for the heretical practice of the archive with the photographic work of his grandfather and great-grandfather, the photographers who document the explosion of the mining industry in the Sulcis Iglesiente, in the South-West of Sardinia, from the end of 1800 to the end of fascism and beyond – at that time one of the most important industrial centers of Europe, now one of the most depressed regions of Italy. The Pizzetti archive is the most important mining photographic archive of the island realized by the first local commercial activity of photography. Ernesto Pizzetti travels to Sardinia with the Alinari brothers – the founders of the famous Alinari school and of the homonymous archive – for a photographic project on the growing Sardinian industrialization. During the trip Ernesto Pizzetti falls in love, and decides to stay in Sardinia and continue his photographic activity on the island.
The artist approaches the photographic archive in relation to the material “stone” and its process of technological transformation, proposing a geological reflection on memory. The prehistoric memory of the stone undergoes a technological transformation that from the stone extracts the indispensable materials (for example silver and silicon) for the construction of oculo-centric prostheses (from eye-glasses to analog and digital cameras) intended to store the memory on external supports of various kinds. The last still active mine in the area has wells of 400 meters deep, and it turns into a place of research in the field of nuclear physics for the production of a particular Argan isotope, the Argan39, particularly suitable for investigating the black matter of the universe. Thus, from industrialized matter, the stone returns close to its origins – and from being the principle of the technological conversion of human memory, it returns cosmogonic memory.
The artist visits the places where some of the photographs of the archive have been taken and decides to tell them mainly through an aerial visual perspective, as if flying over places devastated by a war. Moreover, the artist exhibits for the first time some of the original artifacts in an attempt to collectively reconstruct the profound sense of a century of images and of an archive of about five hundred thousand shots – an archive that was almost completely destroyed, for unknown reasons. The installation proposes to look at the materiality of the processes of externalization of memory and gaze, and generates a short-circuit of geological and technological temporality that plunges the viewer into the very place of the formation of memory.

Mitra Azar (1983) is an eclectic visual artist and ARTthropologist with a background in aesthetic philosophy. Mitra admits to be haunted by images and by their relational-performative-philosophical complexity.