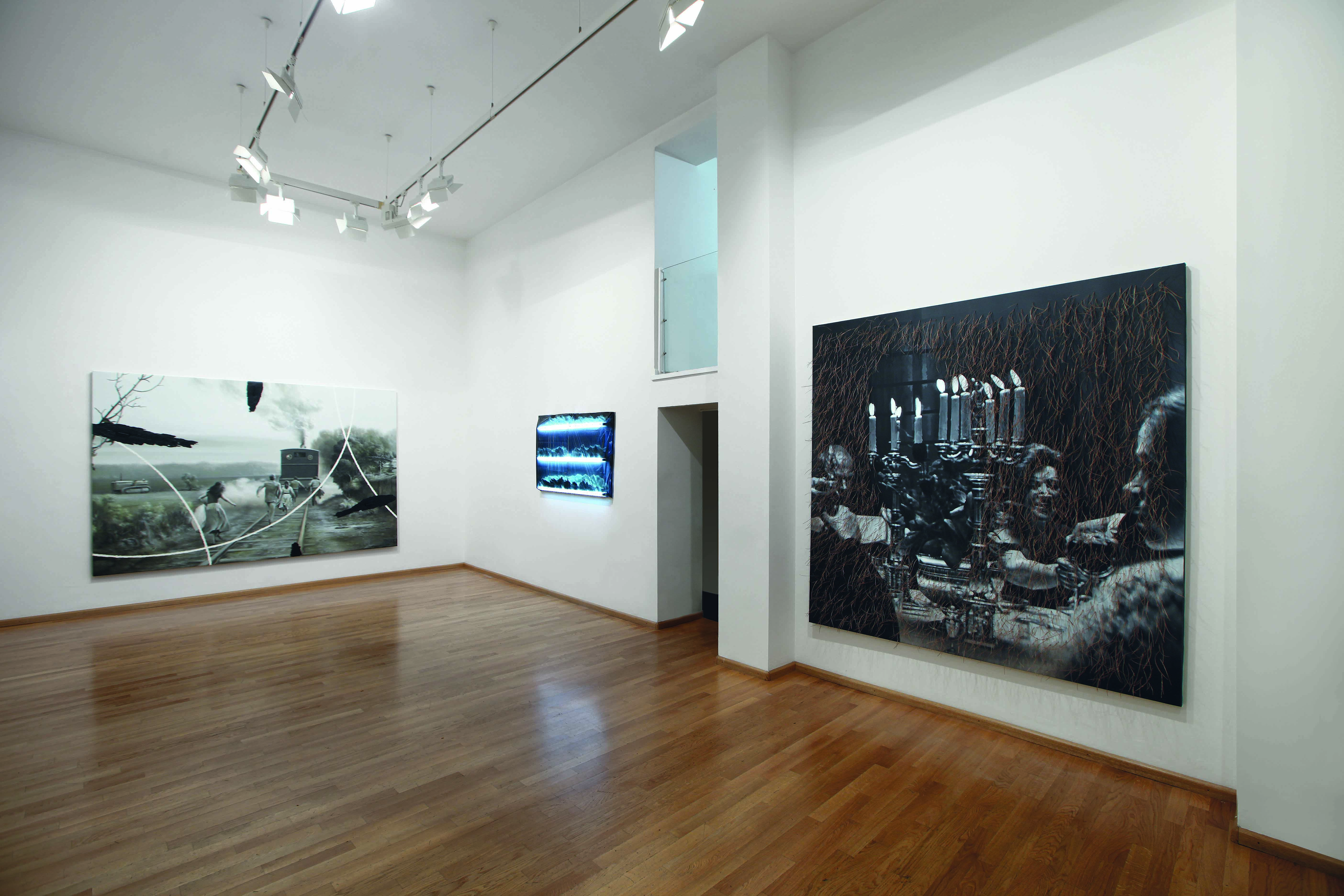 Pipo Hernandez Rivero’s work poses questions about “universally accepted cultural truths”. Built with images and ideas very much anchored in the modern culture memory, both his paintings and installations move in the territory of cultural suspicion, connecting texts and images, direct with projected painting, and different questions always posed through a binomial structure.
The idea that art often involves text as a fundamental feature of the work has a special meaning in Hernandez Rivero’s work. The fact that the presence of texts is a considerable part of both his paintings and installations denotes an interest in this kind of expressive material, however this is merely superficial as we realize that, in most cases, the phrases are in largely unknown languages or languages on the periphery of western culture, which used in the painting put tension on it. Either because of our problems to understand it, either because they are languages often associated in European mentality which a politically troubled environment.
This not only introduces an unresolved enigma of meaning, but also make the spectator aware of how some cultures are over the other ones, and how the artist does just the opposite, only the people from these peripheral cultures are able to understand the texts involves in the piece. This lack of understanding created a certain anxiety in the spectator, as well as a gap of meaning that obliges us to look at the image, apparently very easy to understand, but with a lot of metaphoric potential involved, in a more profound way.
The same anxiety is created through the juxtaposition, in his last series of works, of traditional romantic landscapes, with a strange object, being a feminine swimsuit or handles, both objects related with modern life, one with the desire, and the other one with the urgency to have portable things. An unresolved dialogue which creates a problem for our lecturing habits and our comprehension of art, which moves us to a critical reconsideration of the spectator in reference to what he believes he should clearly understand in front of contemporary art.