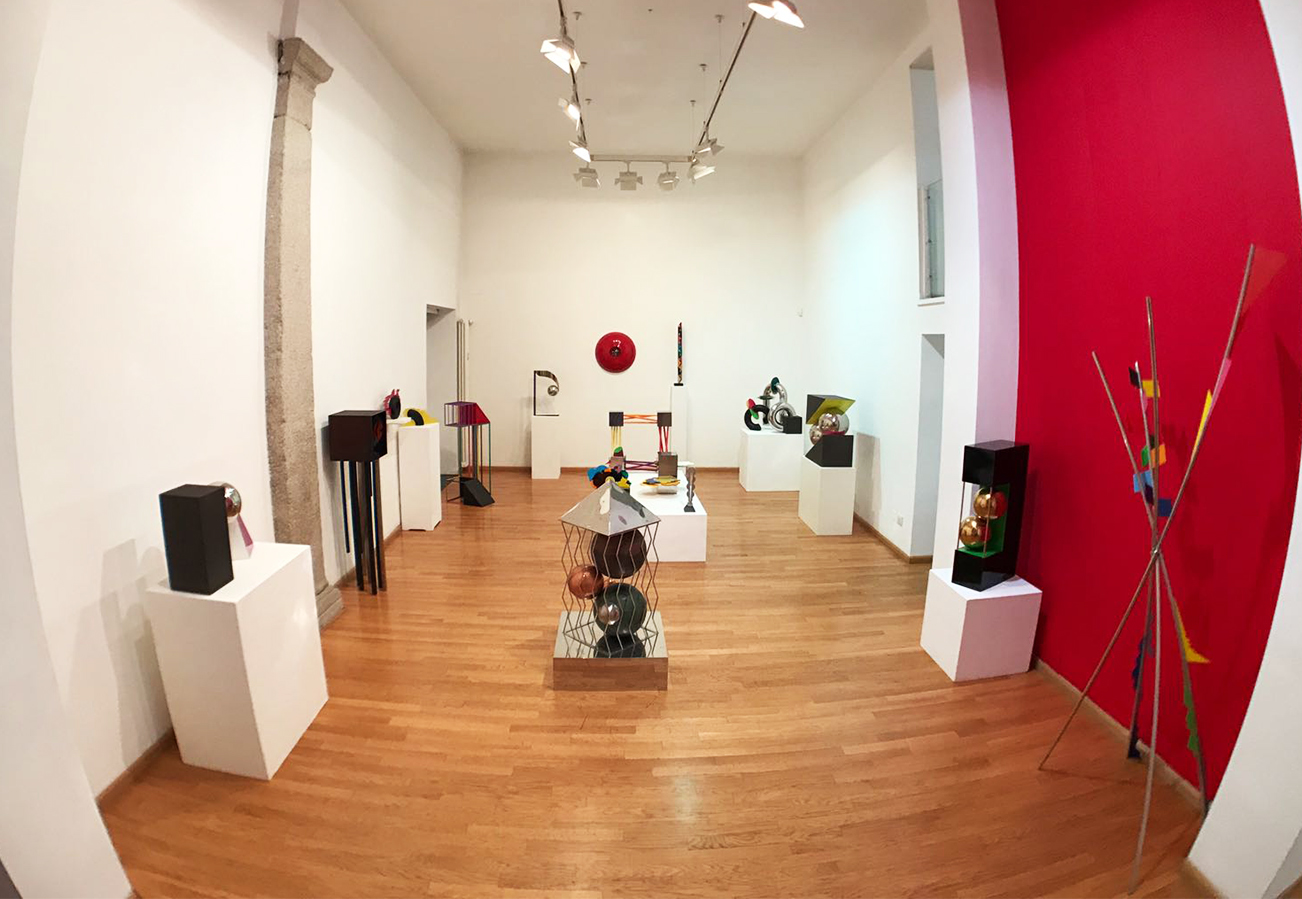 The city of Milan pays tribute to artist Fausta Squatriti, who was born here in 1941, with Se il mondo fosse quadro, saprei dove andare… (If the world were square, I’d know my way), a project curated by Elisabetta Longari, and divided into three parallel events. The Triennale houses a selection of twenty artworks traces back the artist’s production from her early experimentations – made when she was only 16 years old – to the most recent multi-medium polyptychs; the Gallerie d’Italia – Piazza Scala, with Francesco Tedeschi as a co-curator, presents works included in the collection of Intesa Sanapolo, displaying some of the large Black Sculptures (1972-1985) and a series of works from the 1980s, never shown in Italy before, as a recapitulation of her research on the Physiology of the Square; Nuova Galleria Morone, with Susanne Capolongo as the co-curator, shows twenty sculptures from the 1960s, also exhibited in Italy for the first time, and characterized by a striking chromatic liveliness.
Each exhibition is an independent event, connected to the others by a fil rouge articulating the different periods of the artist’s activity, from 1957 to 2017.

Although the intention is not to put together an axhaustive retrospective show of Squatriti’s 60-year long research, the three different focuses of Se il mondo fosse quadro saprei dove andare… allows the viewer to delve into this extraordinary artist’s creative process, and discover how her insights have been able to anticipate future tendencies, and how she could adopt different forms of expression – visual arts as well as poetry, fiction, and essay writing – in profound, original ways.
The title itself is derived from a poem by Fausta Squatriti, and it synthetizes her continuous inquiry on the world of perception and reflection, with atypical results.
The exhibit organized in the Impluvium of the Milan Triennale presents the landmarks of Squatriti’s theoretical and poetic evolution, from the two large 1957 calligrams, made by a 16-year-old artist with words and marks, showing choices and interests that already engaged with the complexity she would explore in her later career. On the ceiling, a “sky” painted in 1966 with playful, candy-like fresco colors refers to a flight (or a fall?) inspired by Giovanbattista Tiepolo, whose sense of space is revisited here with broken-down, elusive figures floating in an immaterial, colorful surface. At the center of the space, a 1972 steel and gold-leaf sculpture with a bunch of arrows. The peak, however, is represented by the post-2000 works, mixed-technique triptychs and a large 2008 sculpture, all concerned with the subject of death and grief, made with found objects adopted as relics. The space is dominated, both physically and emotionally, by the large Polyptych of the Eclipse (2015).

Gallerie d’Italia – Intesa Sanpaolo house three large Balck Sculptures made between 1972 and 1985. The main theme explored by the artist, here, is the precariousness of balance, represented through uncanny movements of weight and volume. In the 1980s, Fausta Squatriti studied the relationship between surface and volume, with large paintings – watercolors and other techniques – set in a dialogue with small marble or iron cubes, with crosses, stars and other geometric shapes derived from the measurements of the painted forms. Physiology of the Square, made between 1985 and 1986, introduced the idea of a rational project adopting geometry and mathematics in an unusual way, as means to demonstrate the value of the absurd. Sculptures and paintings thus create complex enigmas, in which elementary shapes on the plane develop possible cases of growth and transformation through the equivalence of mass and void, as if stating that every possible construction has an unforeseeable destiny. The exhibition path of the Gallerie is completed by several works from the cycle In the Sign of Nature, made between 1986 and 1989, and never shown in Italy before. Here, the artist adopts the broad themes of decoration, choosing classical Roman and Oriental motifs reworked through silkscreen print, in order to put them in comparison with a logical, mathematical doppelganger generated by a process similar to that of Physiology of the Square. The exhibition is part of the activities of Gallerie d’Italia – Piazza Scala, whose collection includes a large number of important pieces, covering the entire 20th-Century.

Gallerie d’Italia also pay tribute to Fausta Squatriti’s literary work, with the stage reading of her ironic, if not sarcastic monologue Welcome!!! (User’s Manual), performed by actor and author Alberto Lombardo. On the stage, the actor, alone with an old piece of luggage, speaks out in a funny accent the instructions left by the artist to a couple of young friends to whom she loaned her apartment in Paris. The performance will take place Thursday, February 23, at 7.00 PM.

Finally, the space of Nuova Galleria Morone shows about twenty sculptures from the 1960s, also new to Italian viewers, characterized by a lively use of color: elementary shapes, cubes, pyramids, cones, parallelepipeds, made of Plexiglas, mirroring or lacquered steel, tarnished iron. Volumes are cut out, moved, put out of balance, complicated with overlaps, growths, crooked shapes challenging tha apparent simplicity of the original form. It is a critical stance on precariousness, warning the viewers of the time about the shared enthusiasm for the upcoming dominance of technology over the world. In these works, Squatriti’s admiration the essential art of the Suprematist and Constructivist avant-garde is joined by the typical irreverence of Pop, interpreted in a very personal way, without any indulgence towards prepackaged mannerisms. The result is an imagery that anticipated international tendencies of half a century later.

On this occasion, a new book, in Italian and English, will be published, including texts by Elisabetta Longari, Jacqueline Ceresoli, Claudio Cerritelli, Martina Corgnati, Michel Gauthier and Francesco Tedeschi, a conversation between Susanne Capolongo and the artist, and an exhausting biography curated by Ornella Mignone. The publisher is Mandragora.