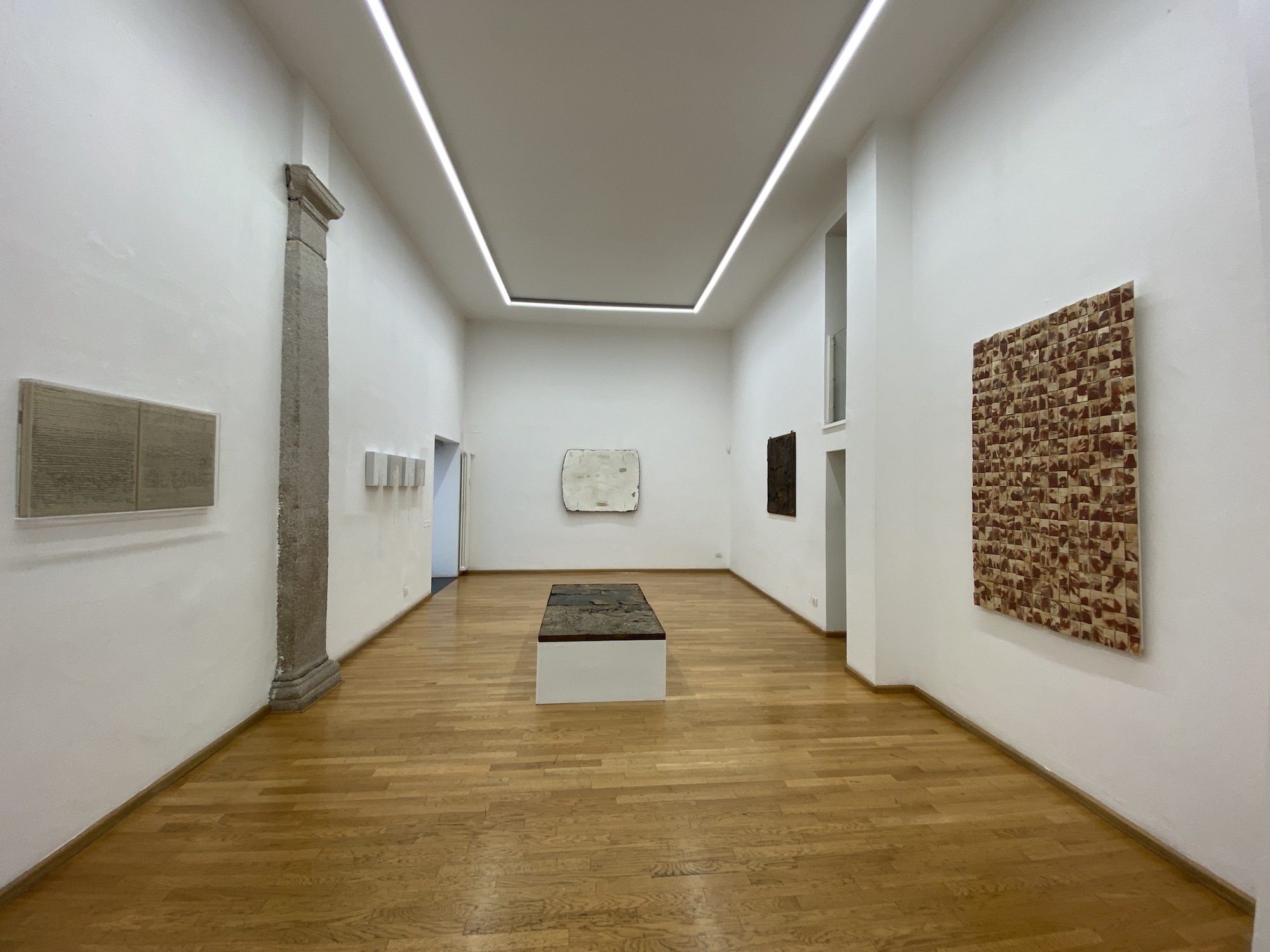 Nuova Galleria Morone presents Hypothesis (for a Collection), a dynamic, evolving exhibition – divided into three acts – that will end in July. By exhibiting the works of artists who have collaborated and exhibited at the gallery in ten years since 2011 and new proposals, Nuova Galleria Morone aims to offer new ideas and perspectives on collecting. Through a visual comparison of the various languages of contemporaneity, the works of Hypotheis (for a collection) – Act I – will dialogue with each other with different surfaces, shapes and materials that find, in this conversation, an overall harmony. The exhibition – Hypotheis (for a collection) – Act I – will be open in the spaces of the gallery from 6 to 28 May 2021.

Hypothesis meant as supposition and ideas for a collection; a starting point for the process of further reworking and fruitful debate in front of the works. Each language possesses a personal communicative code, each image is the bearer of a specific message that derives from the cultural environment within which it developed and from its function. Knowing how to read a work of art, be it a painting, a sculpture, an installation or a photograph, mainly means decoding its messages through the use of visual language.
Among doubts, uncertainties and fears, in this period – now long – the only point of reference has been the house. Having revealed itself as a refuge, it has returned to being a place to live and inhabit, a place to love and take care of. Empty walls, incomplete spaces, unadorned walls. Our intent – following a careful reflection – is to propose and share, in three Acts, works in search of a rebirth, whether they are between the walls of the gallery, scrutinized by the eyes of curious visitors or between the walls of a house, cradled by conscious looks.

The first appointment of this exhibition will see a confrontation between artists who have already exhibited with personal and some new entries in the panorama of the gallery. The artistic debate around Atto I will focus on the themes of surface and support. The protagonists will be the cement works by Eros Bonamini, the photographic ceramic tiles by Silvia Celeste Calcagno, the “stitched” sculpture by Maria Cristina Carlini, the “chapa” that becomes a pictorial and descriptive support by Felix Curto, the pictorial works linked to the passing of time by Marco Ferri, the natural fabrics by Madì Gamondes, the sign and natural architectures on steel by Elisabeth Scherffig, the silks by Manuela Toselli and the oil-filled earths by Eltjon Valle.