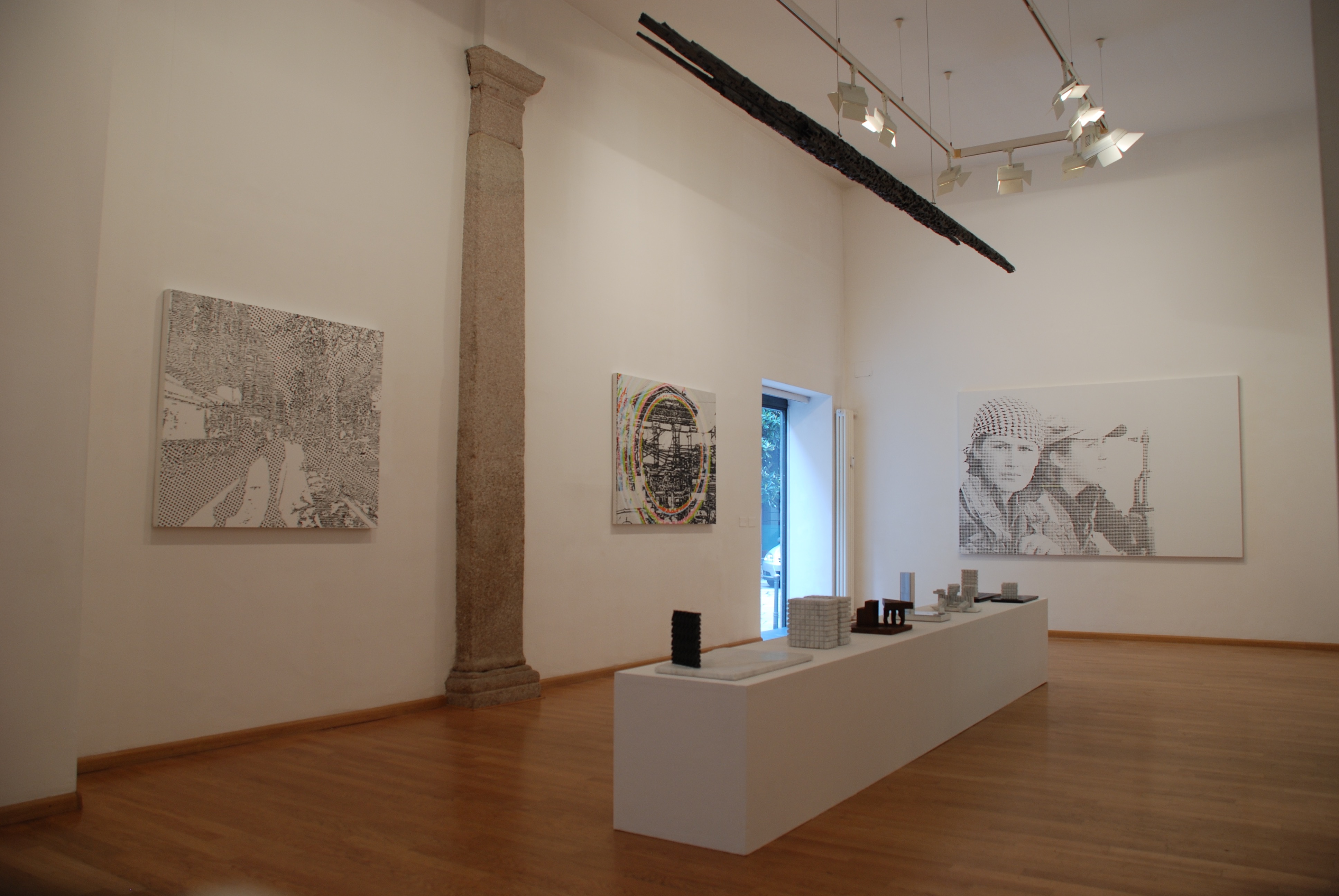 The exhibiton encompasses Leonida De Filippi’s paintings and sculptures with a view to showing the artist’s reflection on the relationship between man and a new idea of the city.
The images by Leonida De Filippi are to be understood as being citations with wich the artist shows himself to be a critical observer and elaborator of phenomena of reality.
In particular his art is the expression of a confrontation with the media technologies of the generation of the images as they are used not only in visual production but also in electronic or digital production.
In choosing the generation of the images as the theme of painting De Filippi defined a position of his own in a clear and autonomous way. His work in fact involved the invention of a personal means of elaboration and, at the same time, a stylistic code.
The common root of all his works is in fact the unique process of creation: images are printed, modified and transferred on canvas; this method dissolves the forms, giving figures anonimity and vagueness and, in this way upsetting and turning insideout the real in the unreal.
Moreover the figurative themes (found in magazines, on the internet or photographs taken by himself), by means of which he comes to terms with war events, international politics and social problems of contemporary society, are not a genre he arrived in an arbitrary fashion. He is above all interested in visually and critically rendering the way in wich media communicate facts, even manipulating them, while, at the same time, in protesting against war as invasion and soulless machine of the military world.
During these last years Leonida De Filippo has been exploring a new territory, that of sculpture, in wich the commitment is is equal to that in painting, experimenting very personal concepts by way of reflection concerning three dimensional objects.