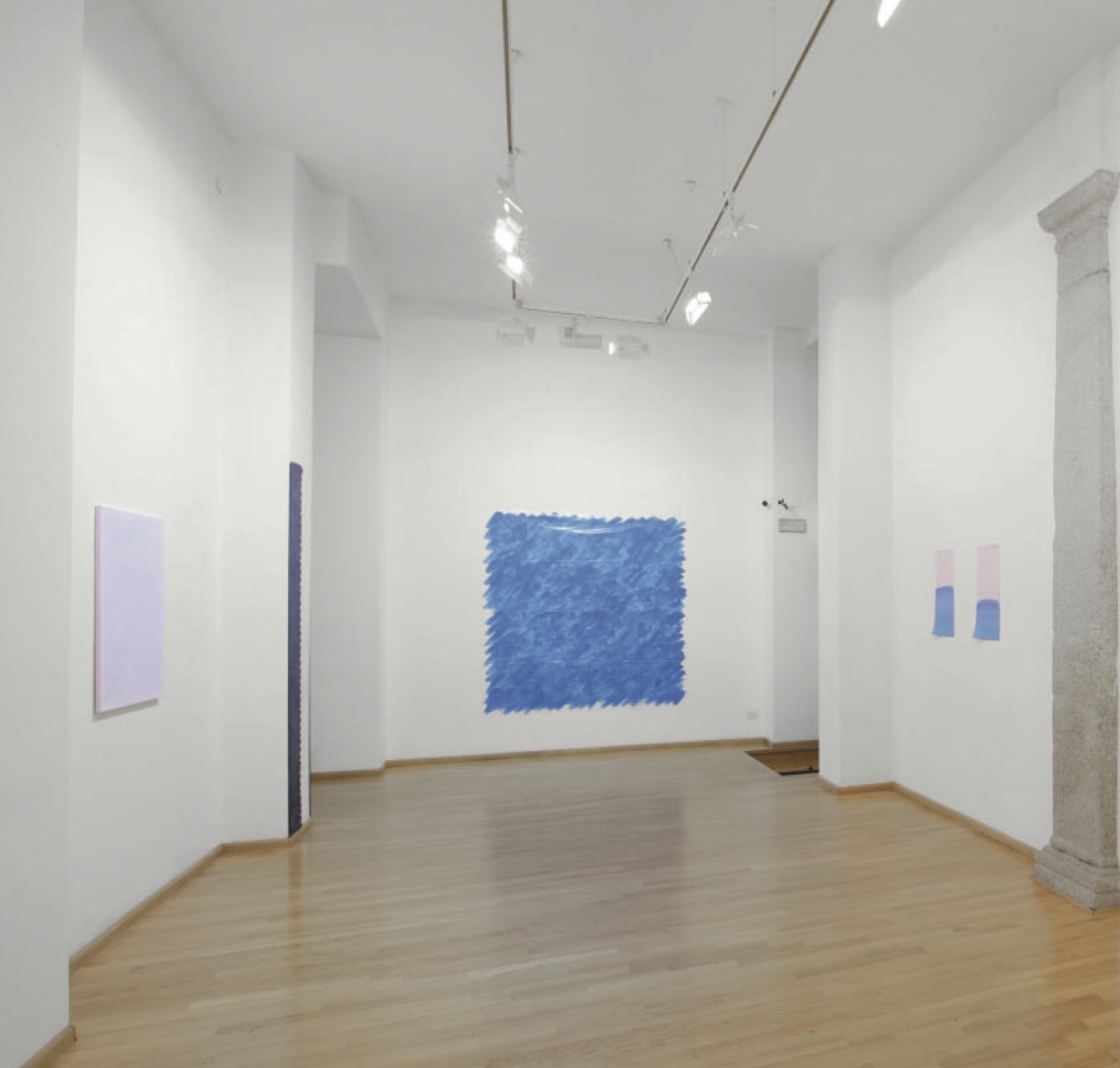 Born near Merate in Brianza in 1936, where he died in 2008, starting from the middle of the 1970s the painter began a research work that showed a clear-cut experimental course not only due to the use of new materials but above all thanks to the persistently ‘other’ forms that his investigations into vision took on. The exhibition title, borrowed from a work created by the artist in 1978, considers the evolution of his language, documenting it from his first works with his Fustellati [Perforations] and Prevalenze [Prevalences] in which a more openly analytical method – in line with the spirit of the period – guided the formation of his surfaces. By way of a group of examples displaying the course of his research by way of cycles, experimenting different characteristics and types of support and colour – the canvas, paper and plastic – it is possible to read the development of Scaccabarozzi’s work, an artist who was a tireless discoverer of visual phenomena.
In the opinion of Elisabetta Longari, it was above all beginning with the Quantità libere di colore [The Free Quantities of Colour] that one can perfectly read the dual polarity that lies at the basis of Scaccabarozzi’s research between transparency and opaqueness. Some of his colours give rise to a fully covering spreading (vinyls, acrylics and inks) whereas others only just suggest colours/shades and transparencies which with difficulty one could name and classify. These faded and colours give back to the eye its primary character of apparition, of epiphany.
Particularly responsive to the environment proved to be the so-called “plastics”: these were sheets of polyethylene used by Scaccabarozzi as if they were spreadings from the palette, superimposed in various layers and freely arranged in space, in this way making the variations of light and the movements of the air the real protagonists of the work. The exhibitions closes with the Velature [Veilings] representing the artist’s return to oil colours although the question of transparency/opaqueness and the play of transformation still remained central elements of his works.