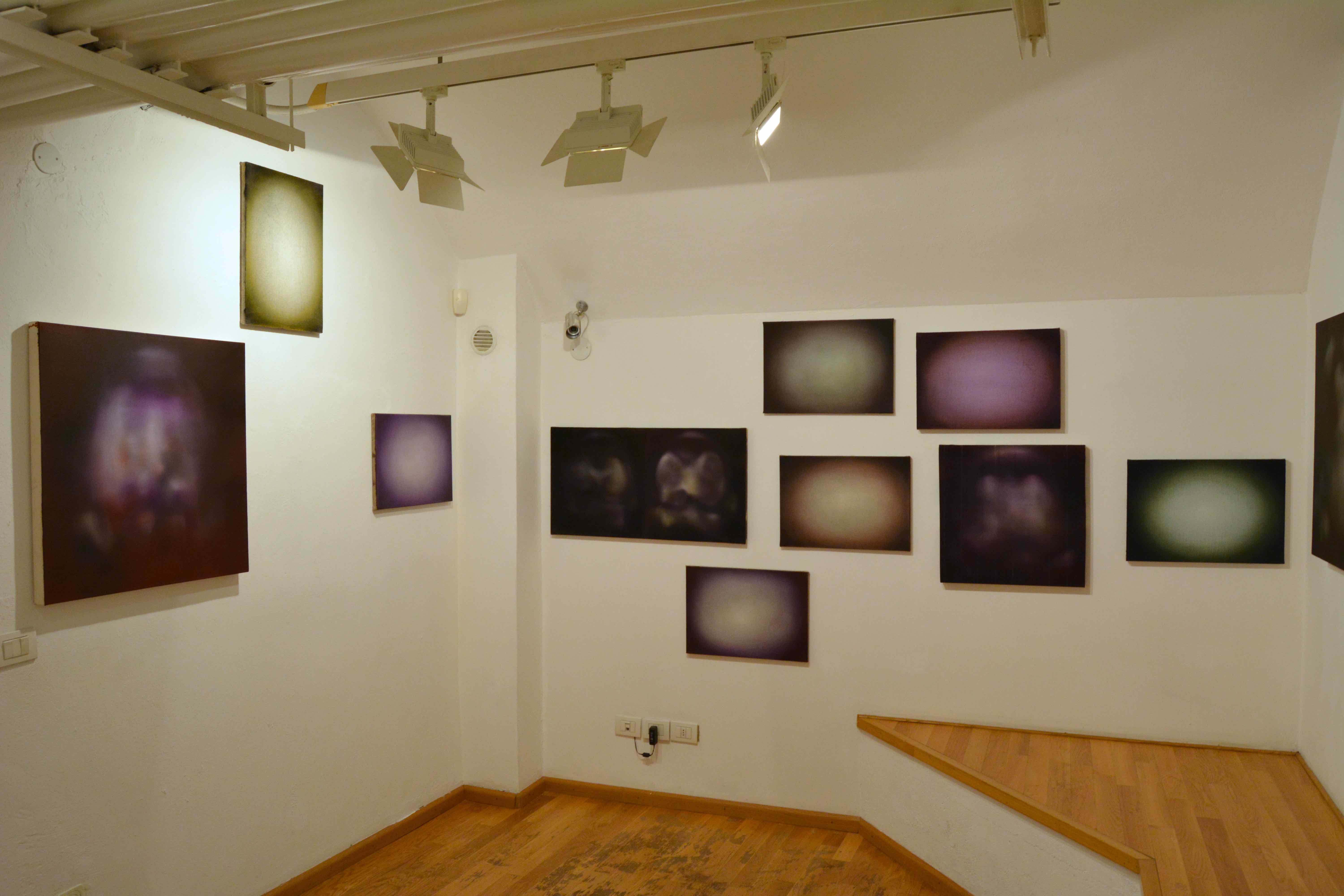 This new corpus is composed of works, mostly of small size, articulated in a sort of constellation of lights and forms. Each work is a note from the artist, a never ending landing, an end that leads to a new beginning.
“Satelliti in Attesa” stems from the remains of an others serie, the “Diari”, a group of almost 300 drawings that the artist developed during the last two years.
In both projects, forms and signs emerged daily and spontaneously, as preexisting pictures in the artist’s mind, that needed a physical expression. Almost a physical necessity of expression, that the artist stills by the daily artistic gesture. A secret and intimate alphabet, that can only be recognize and translate from the artist expression in his continuous will to stop and look to himself in a moment of revelation. Thus, the illusory ability of the painting to lead us to an imaginative world is materialized in something that attracts and magnetizes the spectator’s perception. Something that makes him feel closer, when it’s possible, to a noble process, that transforms every time a tough in words and emotions.