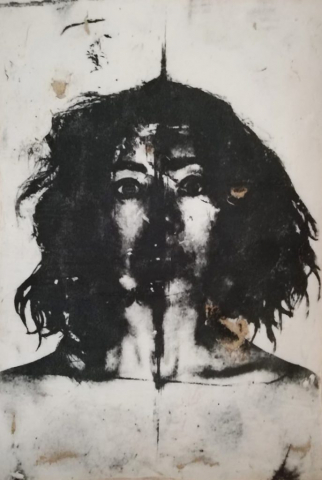 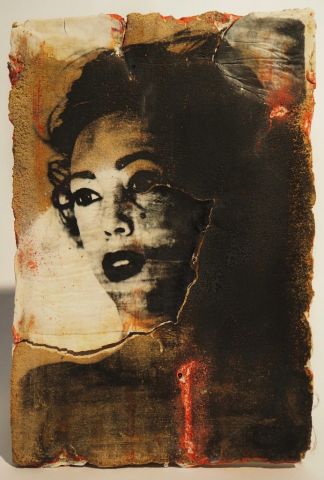 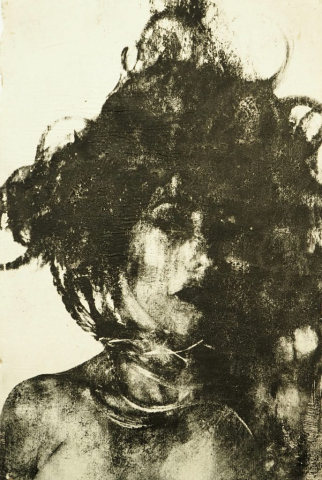 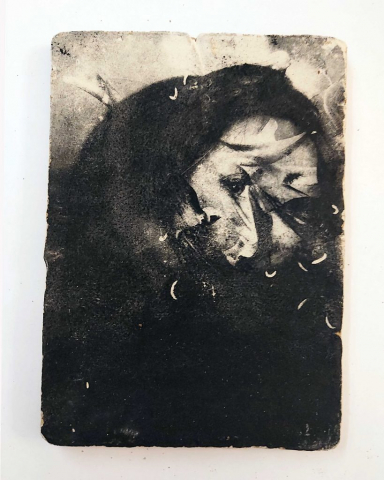 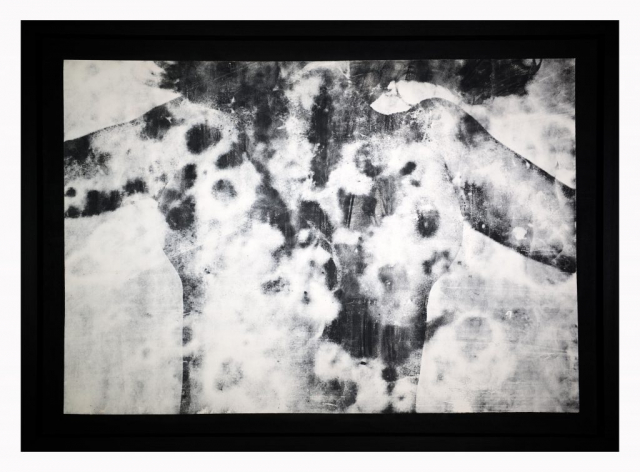 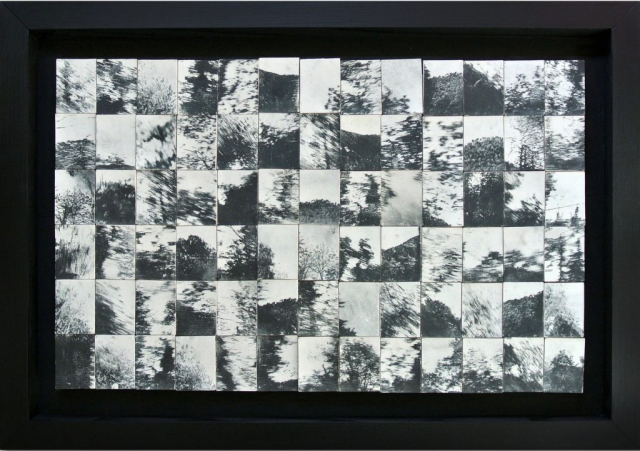 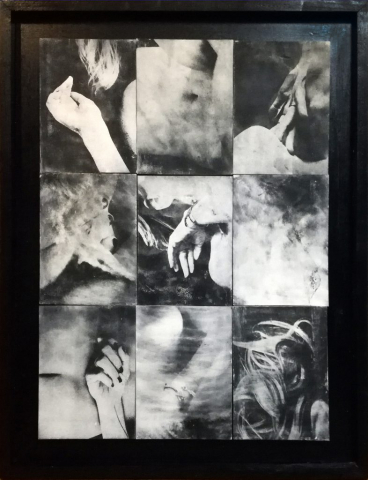 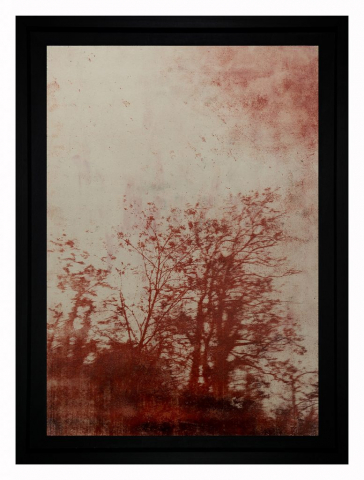 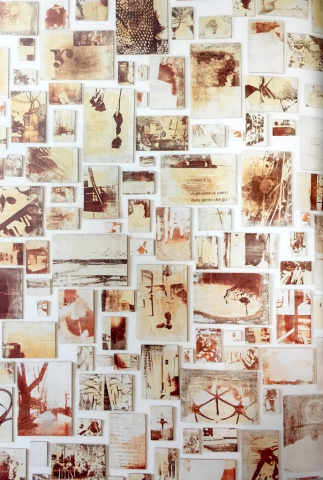 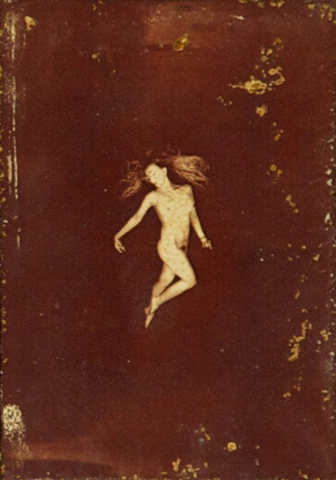 Born in Genoa in 1974, she lives in Albissola. The body is at the centre of her artistic investigations by way of repeated, almost obsessive actions. The result is a wall, in a literal sense, made up of hundreds of photographic shots, interspersed only by means of the first click with the one that follows. These are what the artist defines as “verifications” or “ascertainments” à la Gina Pane: that is, the “constat photographique”. Her work follows on a process of perpetuation of the image on stoneware where the impression is corroded, consuming the lightness of the shot and obtaining a final result which is similar to old-fashioned and neo-romantic postcards. In the exhibition titled Not me, curated by Luca Beatrice in 2014 at the Museo di San Domenico in Imola, her works held a dialogue with the history of art and with the masters of the past. With these the artist creates a confrontation made up of references and evocations by way of the artistic dimension of the contemporary.
From among the numerous solo exhibitions held by her we can mention Interno 8, La fleur coupée at the Officine Saffi in Milan in 2015, curated by Angela Madesani, and Mood held at the PH Neutro Fotografia Fine-Art Pietrasanta in 2014, organised by Luca Beatrice who also edited the monograph treating the artist’s work, published by Silvana Editoriale. In 2015 she exhibited a monumental installation at GNAM in Rome. In the same year she was the winner of the 59th Faenza Prize and of the Plaque of the President of the Republic at the 58th Faenza Prize at the MIC Museo Internazionale della Ceramica in Faenza.