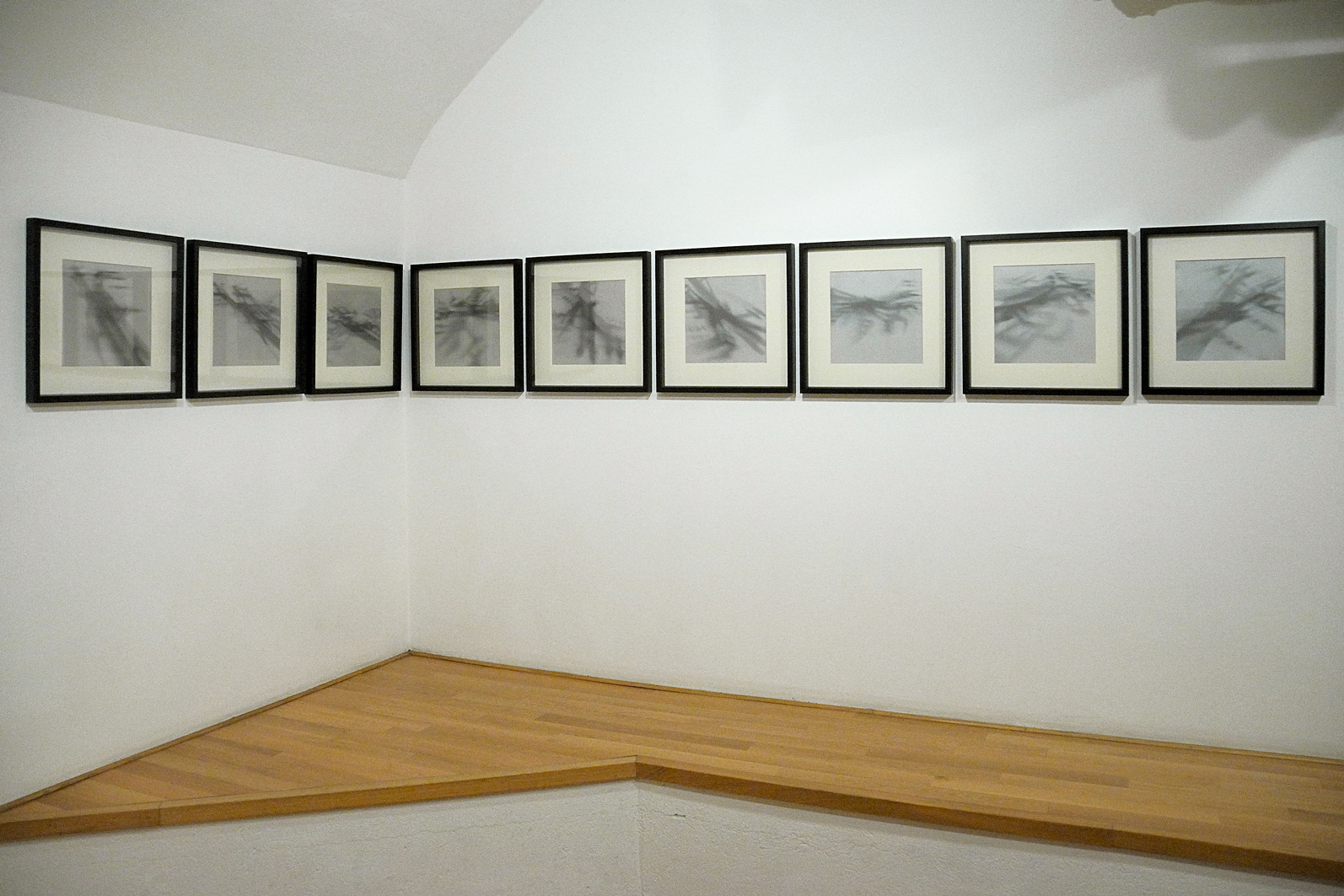 In the work of Antonio Marchetti Lamera (1964 Bergamo, Italy) painting is the culmination of a creative process that moves from photography to design including its intermediate stages. This is a process that makes become both photography and band painting two new reinvented media.Photography, especially,is used not only as a mechanical instrument, but also as a mean whose aim is that or creating a new process that gives more value to the pictorical one.
Marchetti is interested in the concept of the shadow itself, in the projections of the real appearing in our eyes. At first he has painted natural shadows, tenth urban ones and now, in his current creations, the moving shadows. His is a clear need to make the movement be perceived, peculiar to a liquid society, like the one we live in, where breaks of any sort are not allowed. He is an observer, who stands at the side to watch carefully what goes on around him.
“The shadow has to do with each artist’s solitude who lives with the conviction of having done something unique and absolute. This unheard-of gesture, useless for the creation, paradoxically has to do with the lightness of a look, with my interest for the deficiencies of appearances, with the ambiguities that the shadows determine in building the world of forms surrounding us.”
Marchetti’s research, man of his time, full of doubts, has an existential matrix. He will is to overcome the medium: the photograph he needs as initial tool, the drawing which, despite being fundamental, is instrumental to the concept aim with moves the research.
To create new works of art, the artist has taken a series of shots, rotating around the same shade of 360° as if it were a time clock. He has followed the shadow thus creating variable sequences, with a crear advance on the mechanisms of nature. In this sense, the artist plays an active role and a passive one.
The attempt, in fact, is to condense two different mobilities: the real mobility and the artificial one with he is looking for.
His is a search for order, a balance between what is defined and what it is not, with finds an arrival point in the painting. A shot painting not offering a single point of view to those who approach it. It is the complexity of the phenomenal, of the appearance.