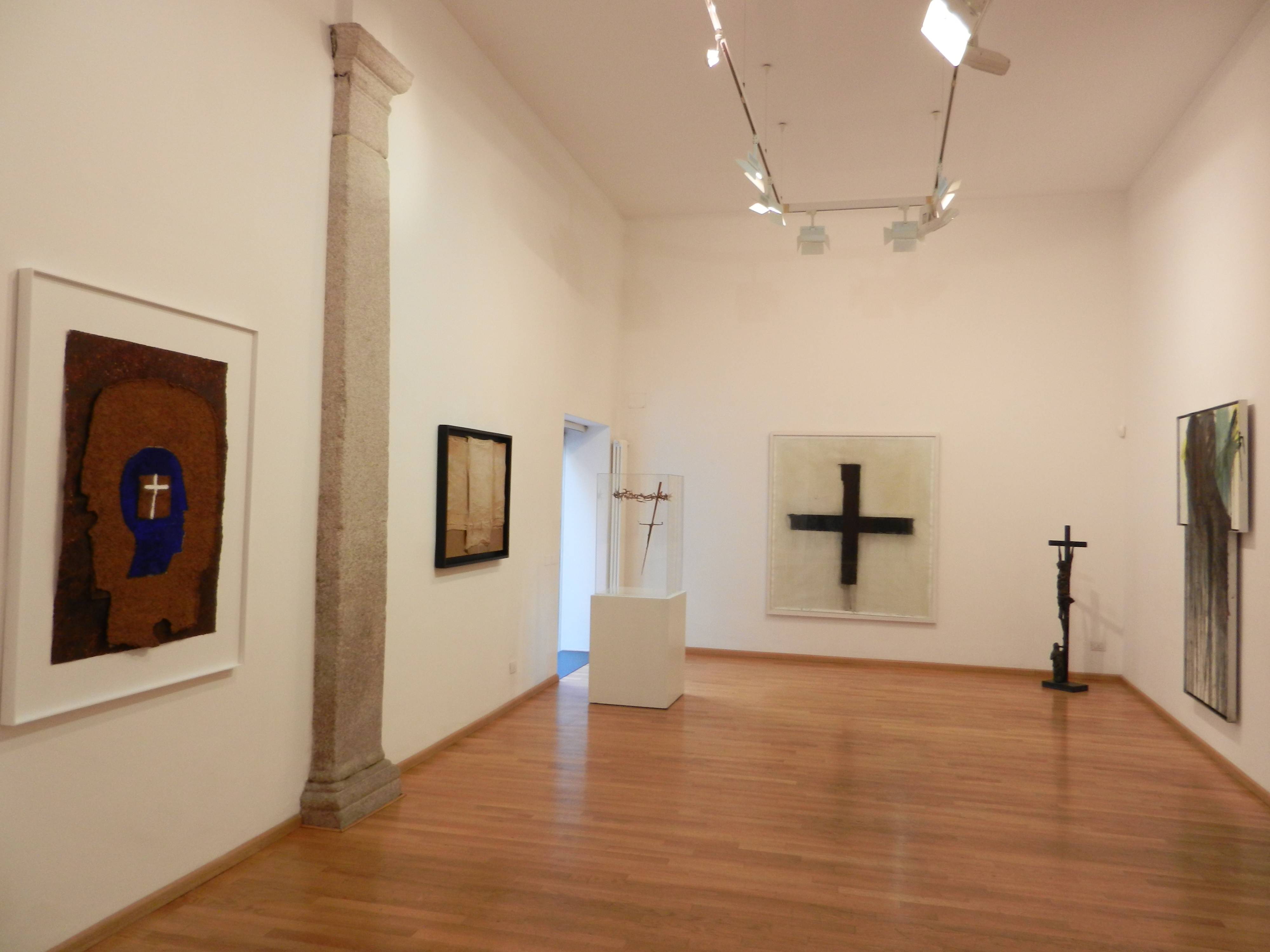 Nuova Galleria Morone presents The Cross Shown a group show dedicated to the cross as geometrical sign composed of two intersecting lines and one of the most frequently recurring and oldest symbols in the history of humanity.
The first crosses mentioned by archeology date back to Mesopotamia.
As a geometric symbol the Cross serves a function of synthesis, measure, mediation, communication. It establishes in fact other relations with the other signs: thecenter, in the intersection of the two lines; the circle, as it may be inscribed in it; the square and the triangle, as the shapes variously generated by the conjunction of extremities through segments of lines.
The same intersection of lines in a given point defines also the idea of different and opposed motions, centrifugal and centripetal.
Symbolically the Cross represents the conjunction of the Earth with the Sky, of Space with Time. Its shape may be actually assimilated to the emblematic figures of the Bridge and the Ladder indicating a passage, a path towards something. And here the Christian symbology intervenes, with the Cross as the symbol of Christ’s martyrdom and the sufferance of humanity, a moment suspended between life and death, but also the hope of the resurrection which presupposes a radical change.
The exhibition project aims at offering an array of possibilities as vast as possible in relation to the theme, open to all types of languages, in order to create a thriving blend of ideas and visions, an exchange involving different generations of Italian and international artists.