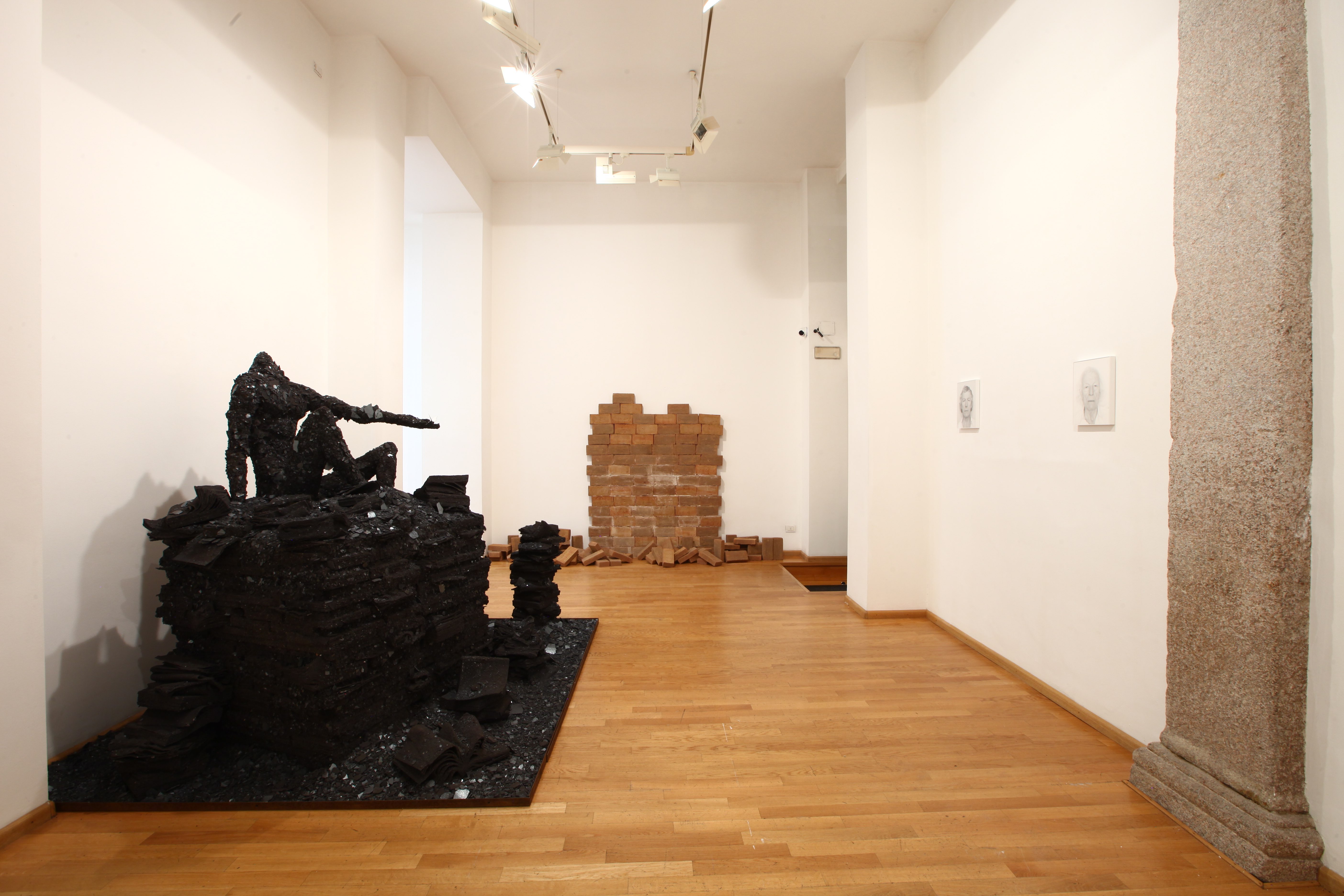 The exhibition’s title is borrowed from the partly autobiographical masterpiece by the Czech writer Bohumil Hrabal (2014 is the centennial of the author’s birth).
The theme of this exhibition is solitude as evoked by the works of 9 Italian and international artists. These are works of different kinds, created using languages that range from photography to the video, the installation, painting and sculpture.
One could single out the first moment of the exhibition in the two photographic self-portraits by the Franco-Polish artist Roman Opalka (1931-2011) who last year was the protagonist of an exhibition held in this Milanese gallery. This is a confrontation with ourselves in the solitude of one’s own human condition in which the ineluctable passing of time is evident.
Also the works by the American photographer Francesca Woodman (1958-1981) are self-portraits in which one has a more dramatic conception that finds correspondence in the artist’s biography.
Paola Risoli (b. 1969) exhibits a number of metal drums that the artist guts and in which she constructs scenes of domestic interiors that are ‘captured’ in all of their excruciating solitude.
The exhibition pays particular attention to solitude in the landscape in which the human figure is not included: these may be the paintings with their cold tones by Pierpaolo Curti (b. 1972), ‘desert(ed)’ photographs by the Spaniard, Felix Curto (b. 1967) or the drawings of shadows by Antonio Marchetti Lamera (b. 1964).
The diptych by Domenico Grenci (b. 1981) is composed of a dark-toned desolated landscape next to which we have a small work in which a human figure is represented, seen from behind. The research work by the Argentine, Inés Fontenla (b. 1950), is centred upon the themes of ecology and geopolitics, even if mentions alluding to an existential dimension are not lacking.
Man is the protagonist of the large sculpture by Francesco Diluca in which the sense of absence is both profound and very evident.