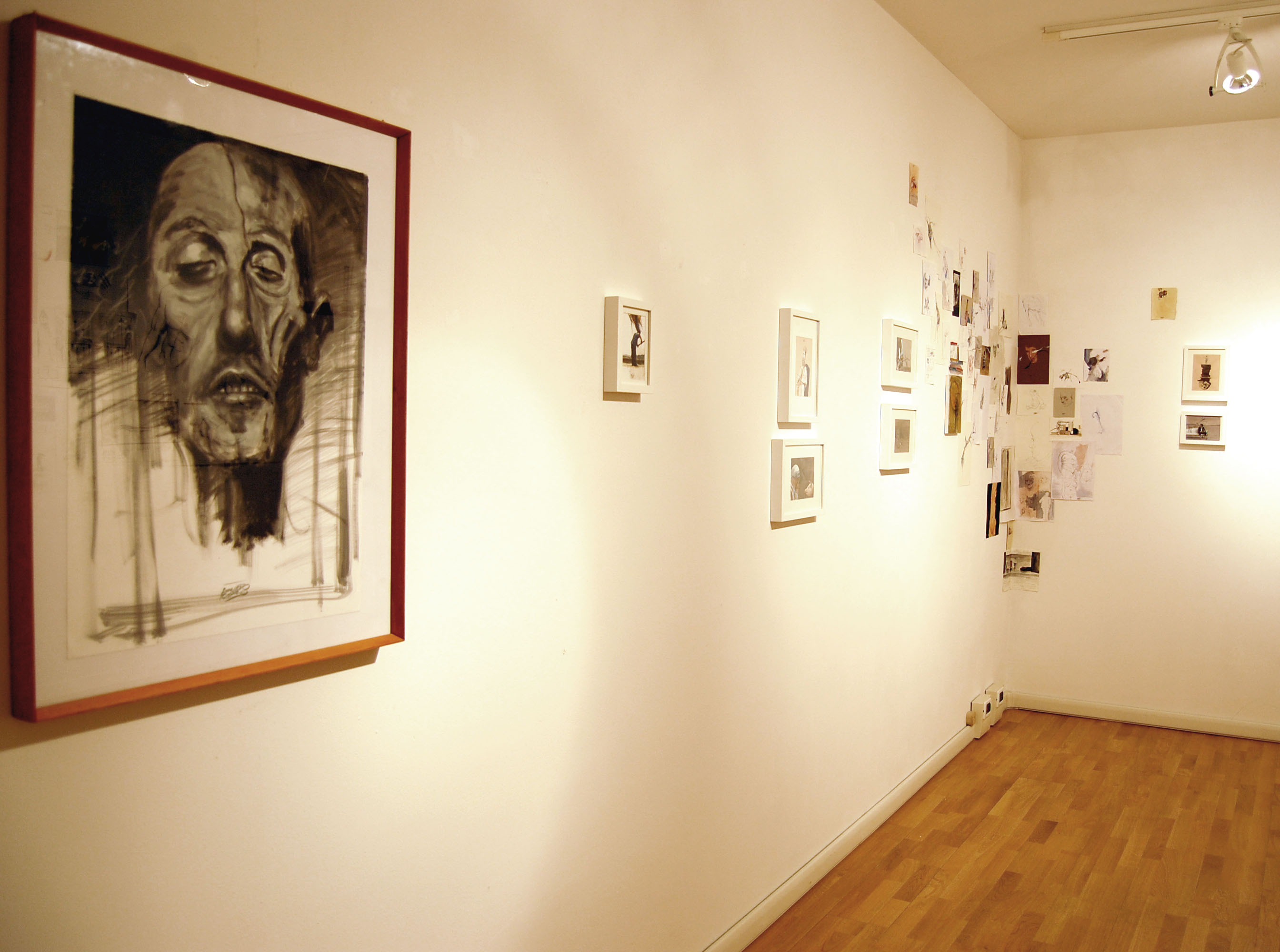 The shadow of ideas, work that kept him busy for more than a year, waiting for the opportunity to be presented in its complex conception and realization. A considerable number of works of small size, mixed together, form the corpus of raw pictorial narrative of the artist. (Gabriele Bonato)
With an immersion in the fragility of contemporary art, Bonato seeks to bring the viewer to the work which in its essence is a kind of diary of travel notes, home to dream, suffering, lies and hope. The result is a cloud of sequences, visions imaginative and disruptive representations from reading cruel.
The artist leaves us free to enter into his universe, made up of silent images in rapid succession, through which Gabriel tells the downsizing of the aspirations, the harsh acceptance of failure, the awareness of the lie that lives in our place, rising to forms that are morally acceptable to a society of idols and false prophets. The man Bonato, it is domestic and urban, intolerant and intolerable. And ‘the man who delights within its walls made of marzipan and concrete. More is less than something, the more you build a impenetrable armor to what he has discarded. Surprised embarrasses us into intimacy with that look that generating the same hand then with a shot denies.
Gabriele Bonato, born in 1980 was winner of the Terna Award in 2008, his works are already part of important public and private collections.