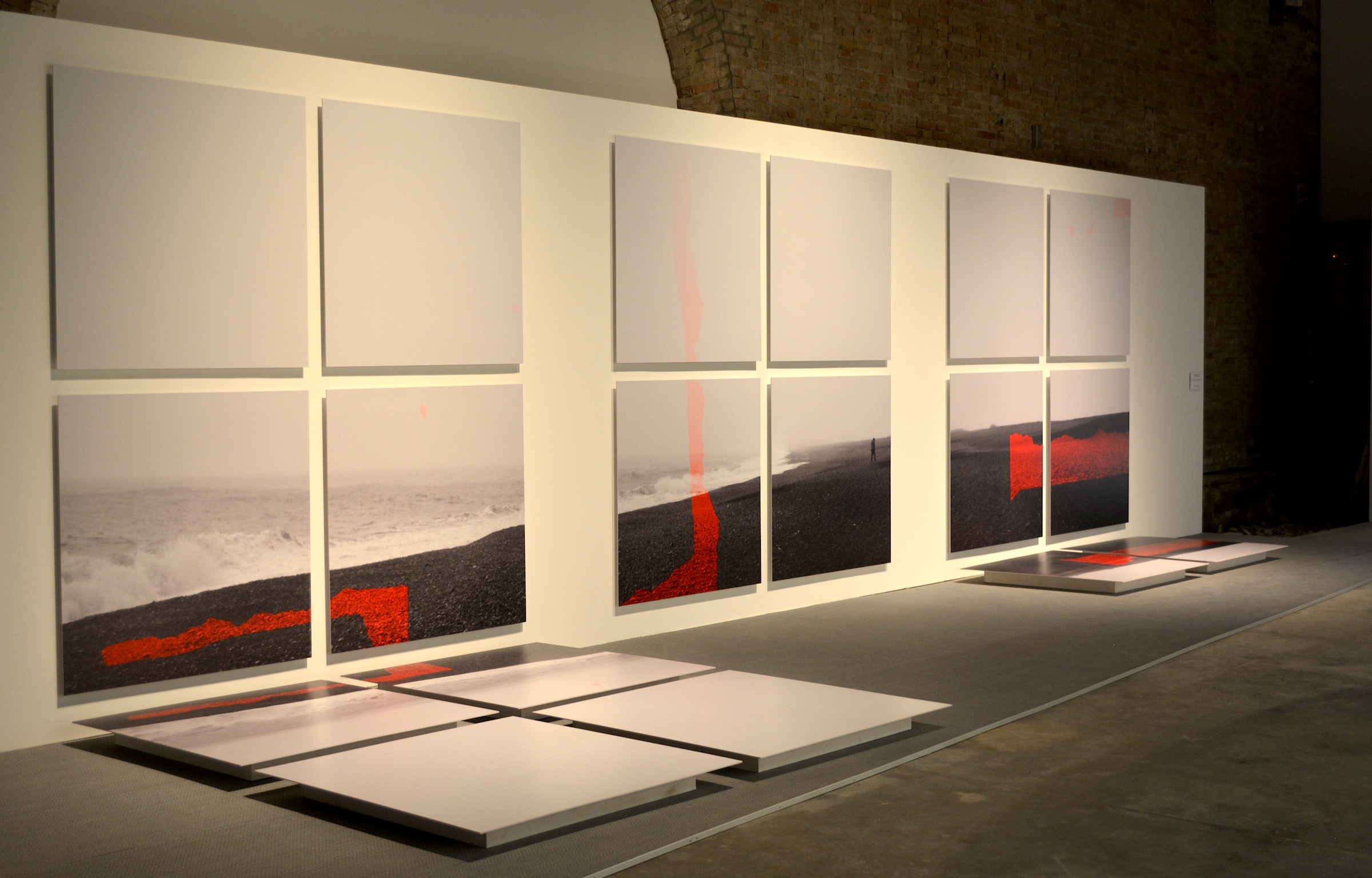 For this series, incisively titled: Man, Forgotten (Uomo, Dimenticato) presented at the 56th Venice Biennale, artist Alec Von Bargen identifies himself as a contemporary Hamlet, placing himself in an autobiographical manner through an intimate, personal dialogue of speculative growth.
In his eternal wandering, Alec von Bargen has always placed the human being at the center of his artistic research: from his series “The long walk home” exhibited at the 54th Venice Biennale which brought light to the ever current discussion about refugees and displacement; subsequently in his series “Veritas Feminae” – shown in numerous museums and galleries worldwide – he gave voice – always through his strong images full of tension – to ‘marginalized’ women, touching even upon archetypal figures.
With his new series he manages to place himself at the center, while at the same time also placing each one of us there with him. Man, Forgotten is fundamentally an inner dialogue: the child becomes aware of having become a man, it is a continuous unraveling along the three planes of existence: the sky, man and the earth.
Great Mother Earth from which everything is born and everything returns. The body of photographic and installation work engages the spectator by means of the solitary figure – which could be anyone of us – in vast, almost fictitious landscapes, yet at the same time, because they are natural they become palpable. Man, Forgotten is a project conceived in the full maturity of the artist, identifying himself as the center of his research. Alec Von Bargen throughout his continuous pilgrimage through life fundamentally realizes through growth and an internal maturity that the only true safe-haven is within. If we were to walk in the artist’s footsteps, we would come to the realization that the world is immense and that we are surrounded by so much, yet we often forget that each of us is the world itself and that we all have the need to rediscover ourselves.
Enjoy the rediscovering.
Alec Von Bargen, born in New York, completed his artistic studies in Mexico City at the Iberoamericana University. He currently live and works in Akumal, Mexico. Since the beginning of his career he has participated in numerous group and solo exhibitions worldwide and his photographs have won awards at some of the most important international photography competitions, like the Px3 Official Prix de la Photographie, POLLUX AWARDS – Fine Arts, International Celeste Prize, International Photography Awards of Los Angeles and many more. He participated at both the 54th and 56th Venice Biennale’s and has shown several times at the Arles International Photography Festival. He has recently shown at the OCT Museum in Shanghai and a group show at the Victoria & Albert Museum.