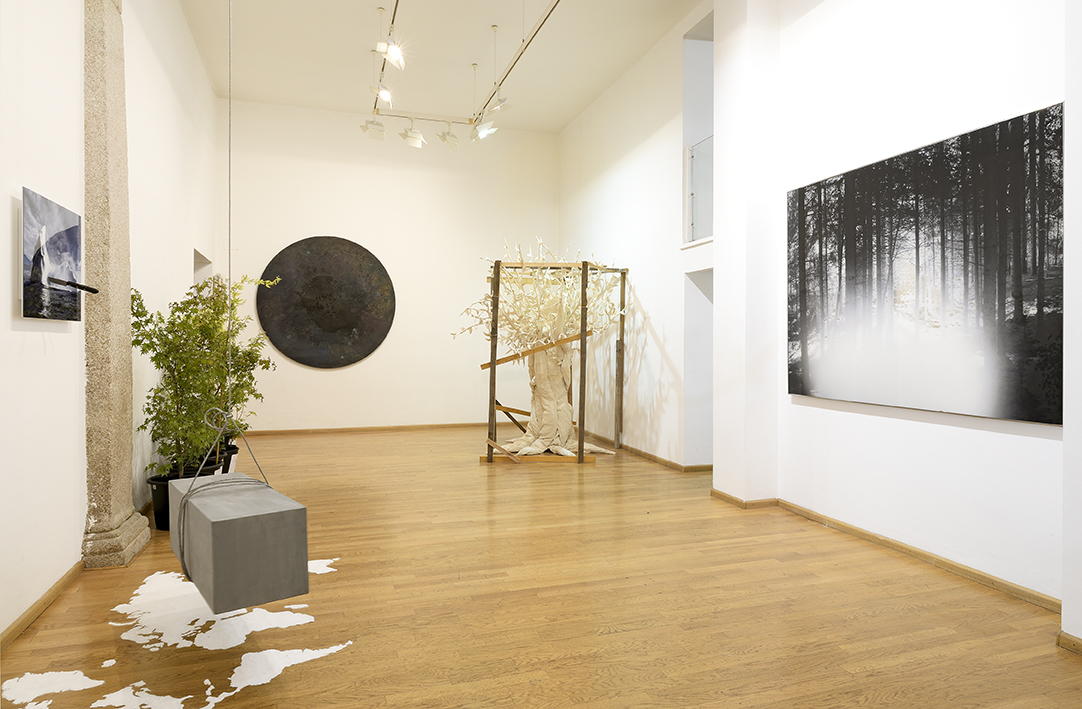 The exhibition originates from the crucial principles of the studies by J.W. Goethe which are in the main expressed in the text titled The Metamorphosis of Plants published in 1790 treating his reflections regarding the relationship that man establishes with nature. In fact, it was during Goethe’s botanical studies that he discovered that inside the infinite variety and multiplicity of nature there is a unitary and primogenial element. Goethe believed that all plant forms can be derived from a sole plant, an original plant, made up of few, infinitely changeable and duplicable elements.
The primordial plant, the Urpflanze as Goethe termed it, allows us to create a synthesis between the individual and the universe, between the sensitive and the ideal, allowing us to grasp the internal law that exists in the manifestation of phenomena.
The analysis of the exhibition therefore focuses on the concept of the becoming of form, considering how not only nature preserves itself whilst at the same time renewing itself but also how this thought can be extended to art and, in consequence, to creativity.
The artists invited to take part in this exhibition start out from this presupposition, reflecting on the vision that according to Goethe no difference exists between phenomenal (objective) reality and subjective idea but that both are part of the same concept: that they are part of the same reality and thus presupposing that there is no distinction between art and science (the first being understood as expression of imagination, subjectivity and the interior world whereas the second is understood as the manifestation of objectivity and of the external world, the world of facts). Goethe perceived the world as an immense totality in which the physical and the spiritual were indistinguishable. Within the world a perennial changing takes place which implies/involves multiplicity in unity. One can talk about a sort of continuous metamorphosis of the living, in constant transformation which in its becoming, however, always remains the same. The works on exhibit investigate the idea of art conceived as Revelation which emerges from the origins of being and therefore as art which together with science and nature become interpreters of the mysteries of the universe.
The aim is therefore to look for and find the Idea: by means of art, nature and science to pursue that Universal Spirit which is intrinsic in every creative energy.