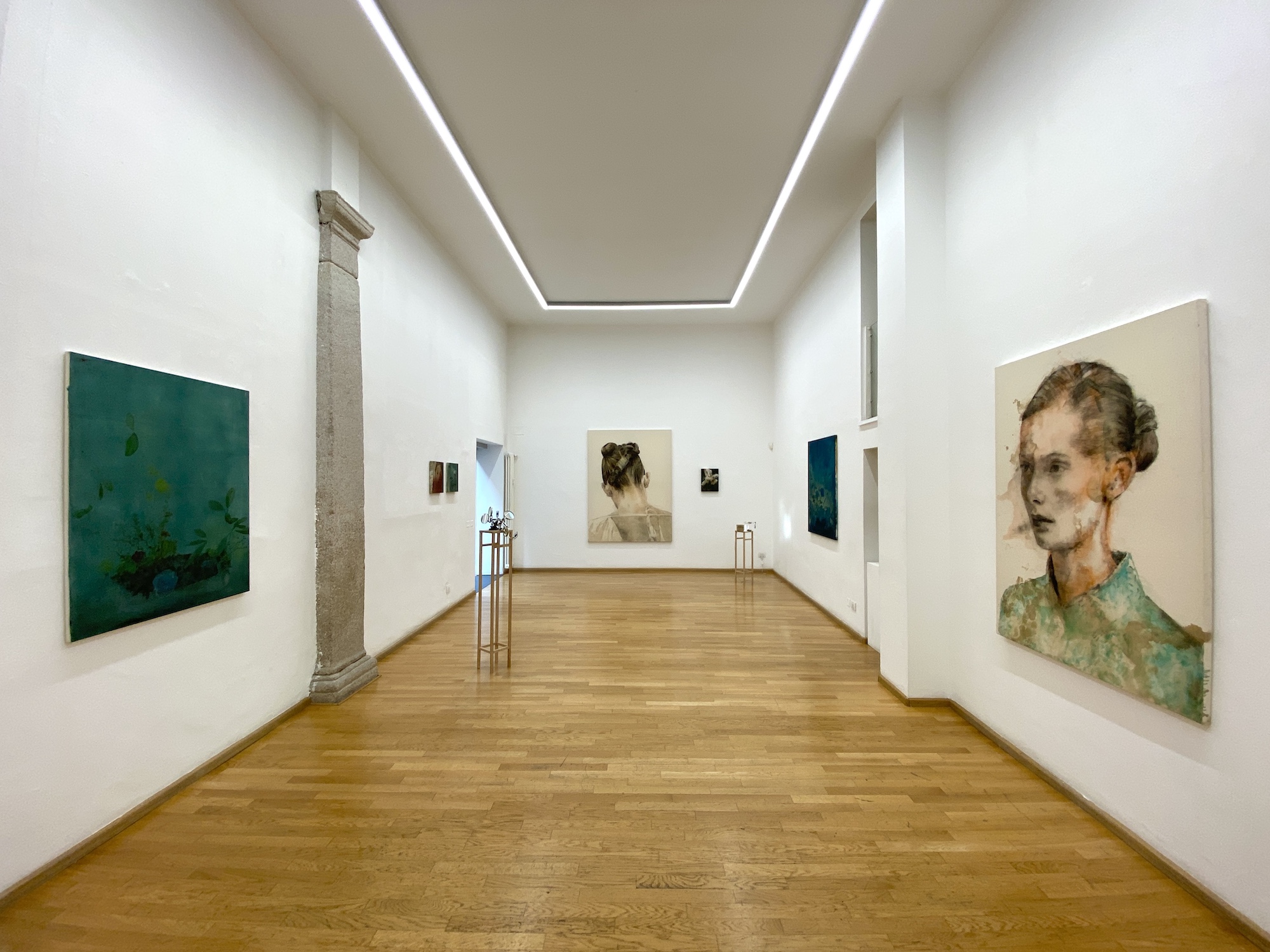 The new cycle of Domenico Grenci’s works features natural elements, such as flowers and plants, which trigger a profound dialogue with his more consolidated research on the face. A path born about two years ago, in a socially complex period, projecting Grenci towards the urgency of an intimate dialogue, which probes the sense of incompleteness of the existential condition in relation to the origin of all things: nature in relation to the human.

The reflection on the definite and therefore the indefinite, which envelops everything like the labile evening mists when the sun has fallen, spreads across Domenico Grenci’s canvases, diffusing a sensation of steresis, of passage to another state, blurring, almost “evaporating”, while maintaining a strong connotation of identity, just as happens and as Novalis reminds us, at that moment of the day, of passage between the sun and the evening, between light and darkness.
Perhaps a place, or an assumption, or even a state of mind that is not self-determined by aesthetics alone, but moves towards the limitless, that which apparently does not exist; like a cut flower, which will inevitably fade, or like a melancholic face or an absorbed gaze, which accompany us through the mystery.

The face and the flower take on the function of a sort of “transitional” element, through the silence of those who want to understand whether we are shadows or existences with a past, with an ancestral origin, and therefore ready to be able, if not to live, at least to imagine a time to come.

Domenico Grenci (Ardore RC, 1981) lives and works in Bologna. Domenico Grenci’s painting projects us towards the urgency of an intimate dialogue, which probes the sense of incompleteness of the existential condition in relation to the origin of all things: nature in relation to the human. In recent years, alongside his more consolidated research on the face, other presences have emerged, natural elements such as flowers and plants, but also objects and visions that trigger a profound dialogue, restoring a residual pluralism, shadows or existences that scrutinise the solitude that emerges every day from a network of immaterial and changing images of the world.