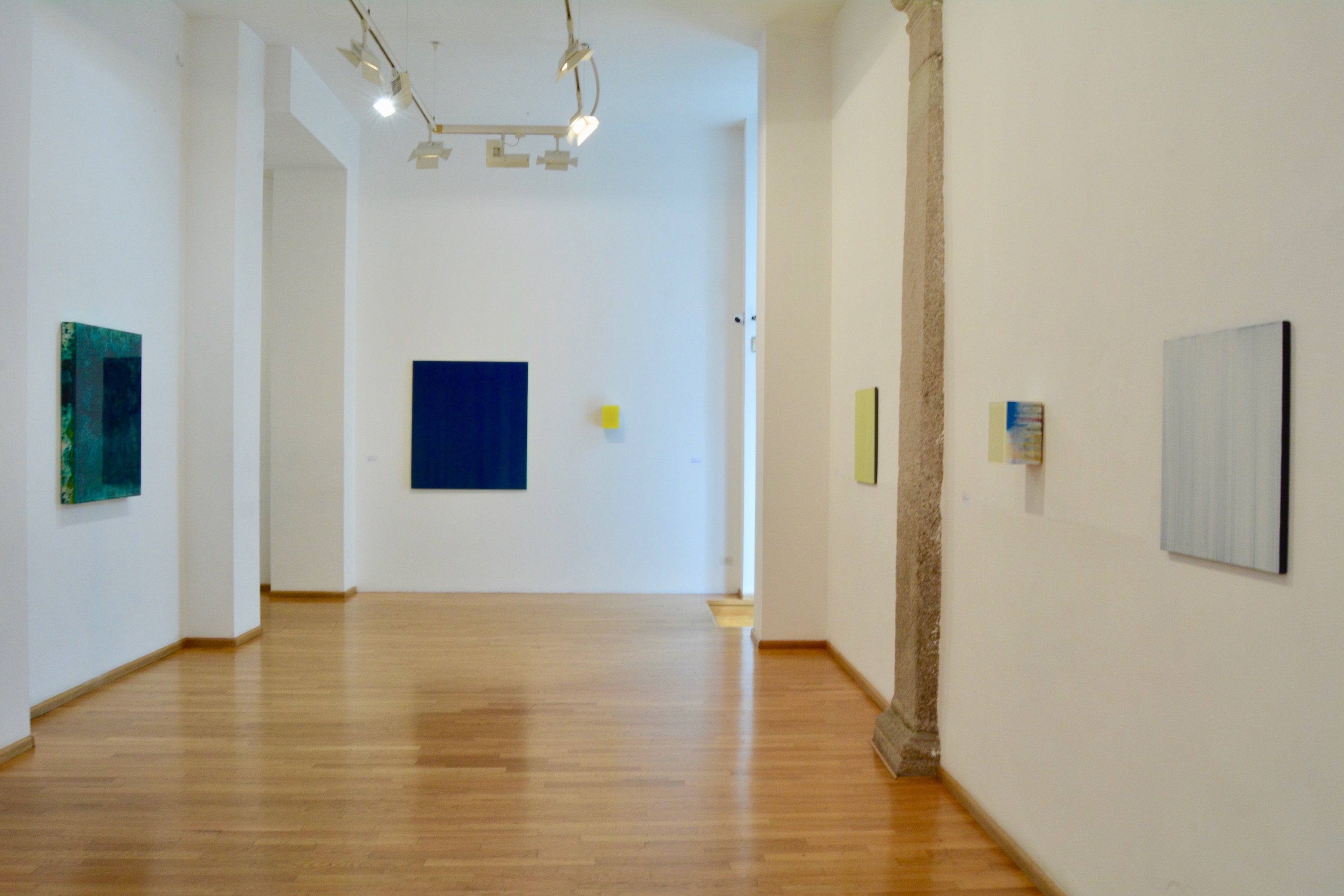 Superfici eloquenti is the title of the exhibition curated by Angela Madesani, at Nuova Galleria Morone, with works by Valentina Berardinone (1929), Antonio Scaccabarozzi (1936-2008) and Ivan De Menis (1973).  It’s a focus on a key moment of the artistic research, through the work of artists of different generations and with a completely different research.
The analysis relates to that particular area, the surface of the art work, the contour of the object, which is the boundary between the external space and the space occupied by the object itself.
An investigation carried out through the three artists displayed, which has to do with time, the time of painting as for the Velature of Scaccabarozzi, but also time as a linguistic investigation, which becomes a sign of the happening so for Berardinone. For De Menis, time is the memory of artistic action in his works between painting and sculpture.
A transversal exhibition that gives life to a silent but eloquent conversation between the works.
The exhibition includes Valentina Berardinone’s works that belong to the cycle of I Calchi (1977) that includes footprints, traces and indexes of reality.
The exhibition also includes some large canvases from 90s, in which the artist emphasizes the duplicity and the ambiguity of the border. Her will is to reach the essence of things. She is interested in the double front of phenomena, the appearance, the canvas, but also what lies behind, the structure.
In the exhibition are shown Velature (2005-2008), Antonio Scaccabarozzi’s latest paintings. The artist himself wrote: “Colour and transparency still remain the main elements”. The numerous veils of colour are painted on the canvas, thus giving rise to dialectical experiences. We are faced with overlapping layers of color, in which from time to time the different weights give rise to different outcomes.
From the cycles Tessere, Compressioni, Rette are the works exhibited by Ivan De Menis. Each of his works starts from a deep wooden frame on which a canvas is stretched. The color is placed on it, either with oil or water tecnique, in order to create a reaction, a physical collision.  Everything is closed inside a polystyrene cage, on which the artist places weights in order to press the content. Each colour has a different reaction. The packing creates a sign that becomes memory of the material. The result is a stratification, in which everything is contained in a sort of protective packaging.