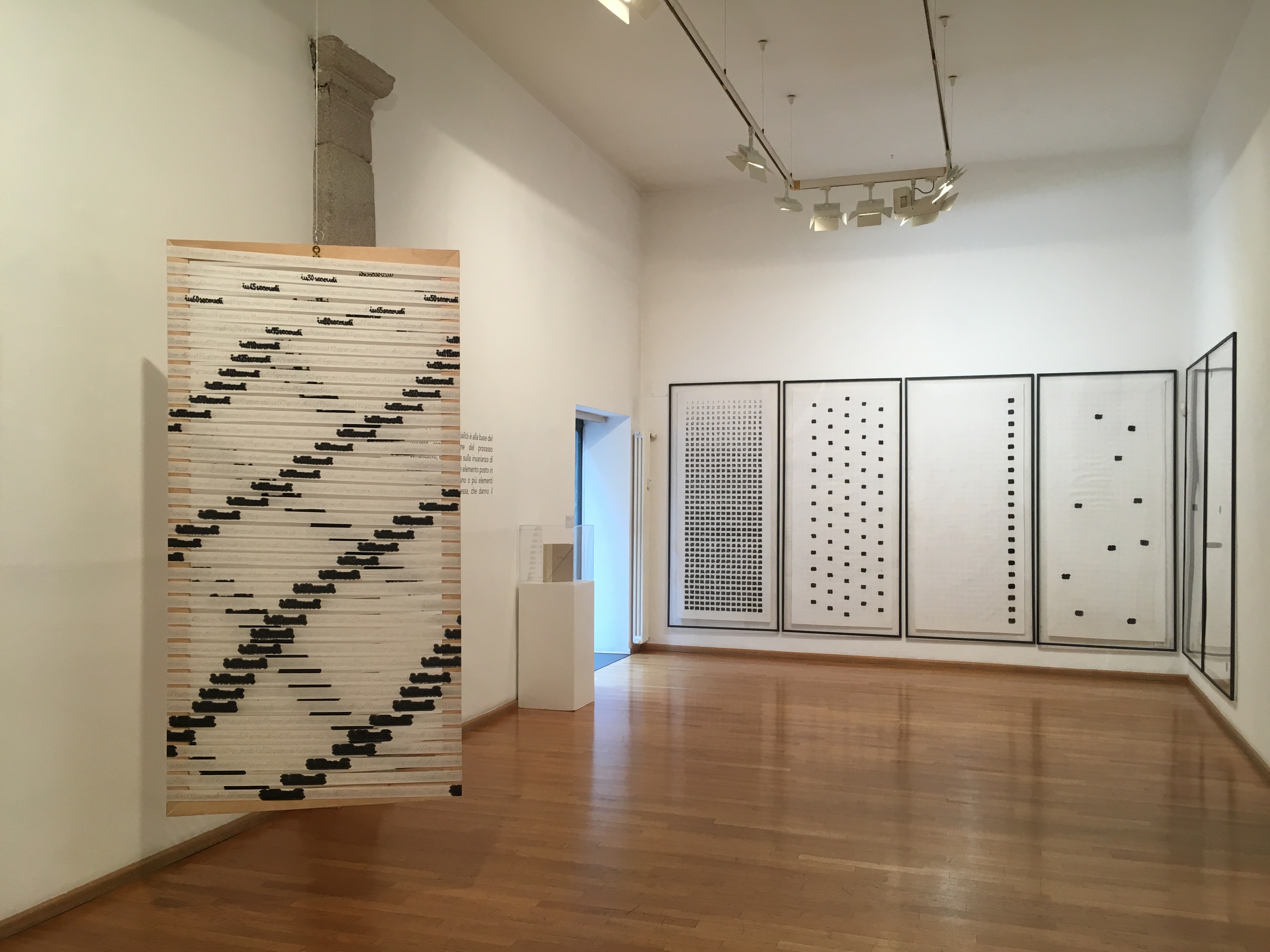 Eros Bonamini (Verona 1942-2012) made his first appearance in the contemporary art scene during the mid-seventies, in the field of research related to analytical painting.
His first exhibitions took place in Verona at Galleria dello Scudo and Galleria Ferrari, which, for some years, followed closely his work. In a short period of time, Bonamini, from a painting based on the variants of monochrome, began to work with material layers through the adoption of cement as a chromatic material on which he traced signs in the form of writing and measuring of time, experimenting with different solutions of analysis.

In “Cronotopografie”, time becomes an operating element of the artist’s poetry. From that moment, the temporal factor, which assumed characteristics of great attentions and precision without loosing poetic features, is a persistent state in his activities.

The exhibitions within the gallery is carefully focused on “Cronotopografie” and “Segni” (signs) typical of the 80’s.

A creative process in which time is the constant subject, that is the registration through tracks that record its flowing. However, the succession of writings realized in the declared space gives rise to further developments that contain the values on which they are based.
Artworks that reveal a new enunciative conception, beside deriving from a process that generates pictorial forms which explicitly assume the shape of “Parole” (words) and “Numeri” (numbers). Some following declinations, where traces of time are traduced in precise sequences of punctiform and labyrinthine scars or in slabs and charred edges, will be exhibited. They are built with the fury of the action on mirrored metals and plexiglas, where the blunt object is the metronome of the repeated and violent action while the mirroring and deforming surface increasingly involves the spectator in the process of consumption of time and existence in the space.